ATHENS – Health inspectors in Greece are carrying out additional COVID-19 tests on crew members of a cruise ship with more than 1,500 people on board, ordering the ship to stop at a testing area at the country’s largest port near Athens.

The Maltese-flagged Mein Schiff 6, which is on a Greek island cruise, was docked Tuesday at the port of Piraeus after sample testing of the crew found 12 crew members were positive but asymptomatic, the Greek Merchant Marine Ministry said.

But since only 150 of the ship’s 666 crew members had been tested, the public health team will re-test the 12 positive cases as well as anyone else deemed necessary by the ship’s crew and doctor.

The vessel, operated by TUI Cruises, has 922 passengers. It began its trip late Sunday from the port of Iraklio, on the island of Crete.

HERE’S WHAT YOU NEED TO KNOW ABOUT THE VIRUS OUTBREAK

— Worldwide death toll from the coronavirus pandemic has passed 1 million

— A viral march across the planet, tracked by a map in motion

HERE’S WHAT ELSE IS HAPPENING:

BRUSSELS — Brussels authorities have decided to ban prostitution until further notice in a bid to slow the spread of coronavirus in Belgium’s capital city.

In addition, authorities have shut down three hotels hosting sex workers because social distancing measures were not respected, Wafaa Hammich, a spokeswoman at Brussels city hall told The Associated Press on Tuesday. She said police controls will be stepped up to make sure the ban is enforced.

The decision came after Brussels decided to impose a curfew on bars. Since the start of this week, all bars and cafes have to close between 11 p.m. and 6 a.m. while any other businesses selling drinks or food will shut down at 10 p.m.

Brussels is facing a surge of new coronavirus infections.

The Israeli government imposed a second countrywide lockdown ahead of the Jewish High Holidays earlier this month in a bid to halt the spread of the coronavirus.

The lockdown was initially slated to be lifted on Oct. 11, but in a radio interview on Tuesday Health Minister Yuli Edelstei said that “there is no scenario that in another 10 days we will lift everything and say ‘It’s all over, everything is ok.’”

Israel has recorded more than 233,000 confirmed cases of the virus since the pandemic began and more than 1,500 deaths from the disease, according to the Health Ministry.

While Israel garnered praise for its swift response to the arrival of the pandemic in March, the country’s reopening of the economy in May saw new infections skyrocket over the summer, and now it has one of the highest infection rates per capita in the world.

UNITED NATIONS — United Nations Secretary-General António Guterres says the loss of 1 million people to the coronavirus is an “agonizing milestone” that has been made worse by the “savageness of this disease.”

In a statement released after the global death toll from the pandemic crossed 1 million, Guterres called it a “mind-numbing figure.”

“They were fathers and mothers, wives and husbands, brothers and sisters, friends and colleagues,” he said. “The pain has been multiplied by the savageness of this disease.”

Guterres warned “there is no end in sight to the spread of the virus, the loss of jobs, the disruption of education, the upheaval to our lives.”

Still he said he said the pandemic could be overcome with responsible leadership, cooperation and science, as well as precautions such as social distancing and wearing face masks. He said any vaccine must be “available and affordable to all.”

NEW DELHI — India has registered 70,589 new confirmed coronaviruses cases in the past 24 hours, maintaining a noticeable decline in daily infections.

The Health Ministry raised India’s confirmed total since the pandemic began to more than 6.1 million on Tuesday, but said the country had a little less than 1 million active coronavirus cases. It also reported 776 fatalities in the last 24 hours, which pushed the death toll to 96,318.

India is still registering the highest number of daily cases globally, but with a recovery rate of more than 82.5%, the number of recoveries has passed 5 million, the Health Ministry said.

The first two weeks of September saw India clocking 90,000 cases every day. Since then India has seen a sharp decrease in the number of new daily cases.

But health experts have warned about the potential for the virus to spread during the upcoming religious festival season.

PERTH, Australia — Authorities are concerned by a COVID-19 outbreak aboard a cargo ship off Australia’s northwest coast that has infected most of the crew.

Eight more members of the Filipino crew tested positive for the new coronavirus on Monday, bringing the number of infections to 17 out of a crew of 21.

The seven are part of an essential skeleton crew of nine. The other 10 infected crew members were in hotel quarantine at Port Hedland. None required hospital treatment.

MANILA, Philippines — A southern Philippine province and its war-battered capital will be placed under a mild lockdown in October, while the rest of the country will have more relaxed quarantine restrictions.

Most of Marawi’s commercial and downtown areas were destroyed in 2017 fighting between the military and Islamic State group-aligned militants.

Metropolitan Manila and five other cities will remain under general quarantine restrictions with more businesses and public transport allowed to partially operate on the condition people wear masks and stay safely apart. Classes in public schools resume online on Oct. 5.

The Philippines has reported the most coronavirus infections in Southeast Asia.

SEOUL, South Korea — South Korea’s new coronavirus tally has come below 50 for the first time in about 50 days amid a downward trend in new infections.

The Korea Disease Control and Prevention Agency said Tuesday the 38 cases added in the last 24 hours took the country’s total to 23,699 with 407 deaths.

Many experts have warned the virus could spread again after this week’s traditional Chuseok autumn holidays.

Gov. Gavin Newsom said Monday that could prompt another shutdown of businesses and further delay school reopenings. Newsom said his message to the business community and parents of school-aged children is to “abide by these mask mandates.”

A business industry expert says a slow-down of business reopenings could not come at a worse time, especially for retailers who depend on the holiday shopping season for a majority of their annual sales.

Rex Hime, president and CEO of the California Business Properties Association, a group representing owners of commercial properties, said the consequences of a third shutdown “will be devastating.”

Newsom also received a flu shot during his news conference on Monday, and urged others to do the same.

MONTREAL — The premier of Quebec says the two biggest cities in the Canadian province — Montreal and Quebec City — are returning to the highest COVID-19 alert level.

Montreal and Quebec City are included in the “red zone” lockdown. The measures will last from Oct. 1 to Oct. 28.

Premier Francois Legault says there should be no guests in homes with a few exceptions for help. He says restaurants and bars will close except for delivery and outdoor gatherings require two meters (6 1/2 feet) of spacing for people.

Legault says the objective is to protect schools.

TORONTO — The premier of Canada’s largest province says his government was looking at all options to combat an alarming surge in cases after the Ontario reported a record 700 new cases on Monday.

Premier Doug Ford called the daily number extremely troubling and called on the public to help fight the latest spike.

Ontario’s chief medical officer of health says the province must work to flatten the curve of the virus again to allow hospitals to respond without being overwhelmed. Dr. David Williams says people became too casual as virus numbers improved in late August, and urged them to now be more vigilant.

The latest figures prompted Ontario’s hospitals to call on the government to reinstate restrictions on non-essential businesses like restaurants, gyms and movie theaters.

How Dirty Is Cash Anyway?

Tue Sep 29 , 2020
During the COVID-19 pandemic, we’ve all become more aware of the many places germs can live, from certain surfaces of buildings to everyday objects. One frequently touched item that people are rethinking is cash. Over the past six months, many stores and restaurants have gone cashless, instead limiting forms of […] 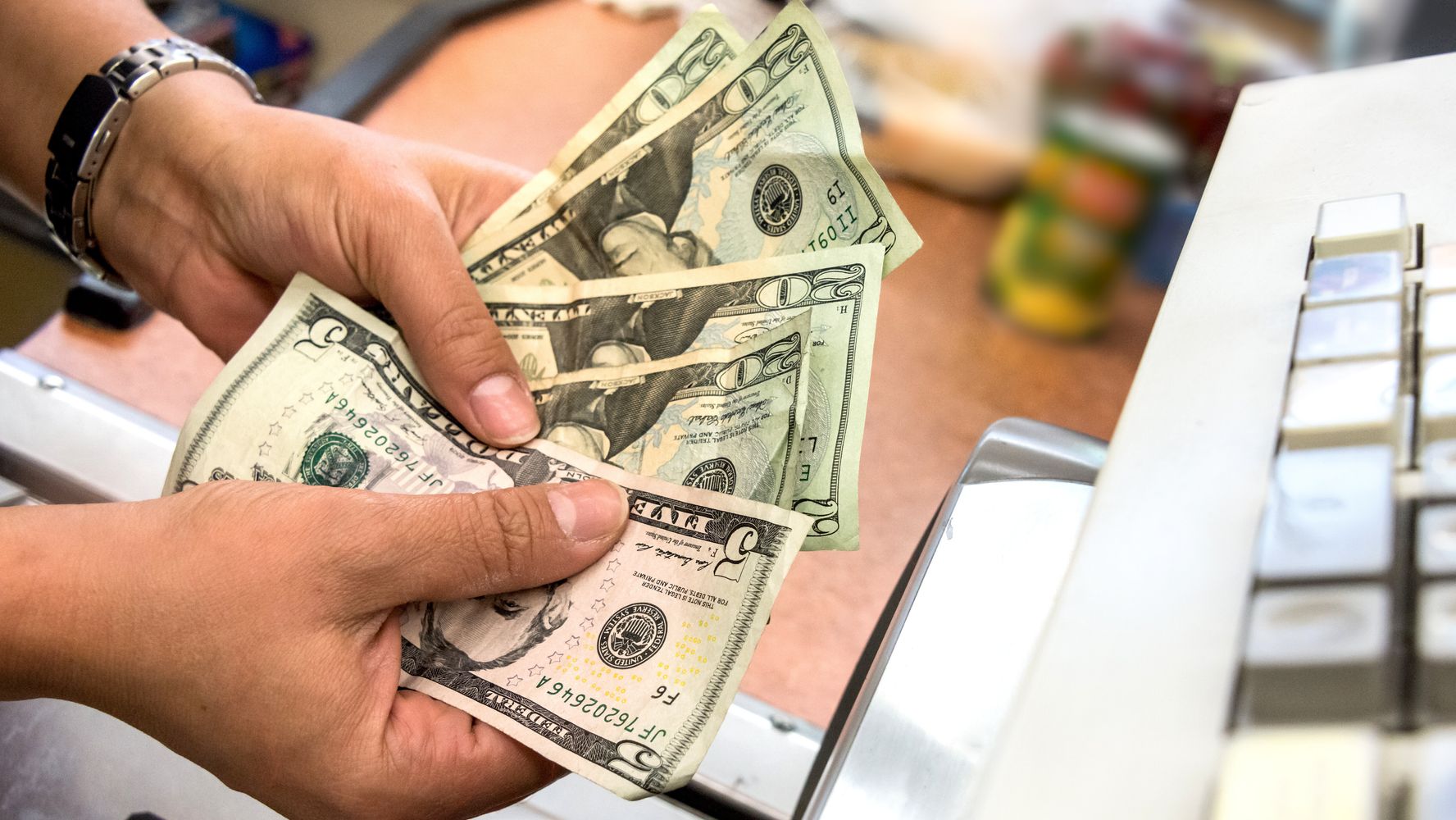