Harlem Haberdashery treats all their clients like stars—because some of them actually are.

Guy
and
Sharene
Wood opened the store as a “retail expression” of their custom clothing line, 5001 Flavors, and count Beyonce,
Lady Gaga,
and LeBron James among their famous clientele.

The husband-and-wife team started their clothing line in 1992 after working as image consultants for a variety of artists and entertainers for their video shoots. “We realized that the looks we needed for our clientele just wasn’t there, and moved into custom clothing to accommodate our customers,” says Sharene, 48, who serves as the company’s president and CEO, while Guy, 56, is the creative designer.

“We like to say we are affiliated with our clients from obscurity to fame,” she adds. Among their early clients was the late hip-hop artist Notorious B.I.G., who wore 5001 Flavors designs on several of his album covers. More recently, their bespoke fashions have been worn by Lady Gaga during her Japanese promotional tour for her album Joanne,
Colin Kaepernick
on his iconic GQ cover, when he was hailed “Citizen of the Year,” and Daddy Yankee at the 2020 Billboard Latin Music Awards.

When the couple, who are both from Harlem but now live in New Jersey, decided to open Harlem Haberdashery eight years ago, their goal was to “pay homage to Harlem’s style and influence in the creativity of our brand.” It was also about diversifying their clientele beyond the A-list.

“Even though we work with a lot of celebrities in our custom clothing division, we realized we were also getting consumers who were not celebrities, but who really wanted their own red carpet moments and statement pieces,” Sharene says. For the retail store, the company offers bespoke customized pieces but in limited production—a maximum of about 10 pieces of each design—so they retain some exclusivity.

“We realized that a lot of people are not looking for items that are not mass produced, but for something that’s unique,” she says. “So we treat non-celebrities like our celebrities.”

By opening the retail store, the couple were able to turn Harlem Haberdashery into a true family affair: several relatives, including some of their children, are part owners.

“The transition from 5001 Flavors to Harlem Haberdashery meant that now we were able to bring in the next generation of fashion creatives [who have their own apparel lines]. So for us it’s now about creating this really cool, transferable legacy,” Sharene says.  To that end, Harlem Haberdashery carries a mix of 90% family brands and 10% other designers.

When it came to opening a retail store, Harlem was the
Woods
’ first and only choice. Sharene says they felt as Black business owners they needed to establish a strong presence in the community they were raised.

“We believe when you come into Harlem Haberdashery, you come into our family,” says Sharene, who likens the boutique’s aesthetic to a Harlem brownstone. “It’s a family-owned and operated business, and a lot of times people come into the store and they’re like is this a home or what? Because the feeling is so different than a traditional retail store.”

The store closed for several months after the Covid-19 lockdown, and has recently reopened with reduced hours and at limited capacity. But the Woods managed to find a silver lining during a difficult time for their business.

“While there was a hurt in [retail] sales, it also allowed us to build up our e-commerce channel. It’s almost like a second business. Pre-Covid, we were so busy I actually didn’t put in the time and effort to build the infrastructure and shipping. [The pandemic] literally made me and my family members switch and pivot, and we now have a more robust e-commerce right now.”

The retail and online stores mainly carry the family’s apparel lines, which Sharene describes as “80% men and 20% women.” It includes a mix of statement pieces, shoes, leather jackets, suits, and home goods. “Our goal is to have items that the family loves and we use,” she says.

In addition, the business has expanded into a branded line of Harlem Haberdashery Bespoke Spirits. All are 80 proof, and include, gin, rum, and vodka.

Harlem Haberdashery’s apparel offerings have also adapted for the current moment, with their clothes “a little less structured, a little bit more athleisure and comfy. Everything’s a little bit less formal and more realistic for virtual performances and working from home,” Sharene says.

The price for an individual item can start at $200 and go up to $1,000 for their celebrity clientele. The most popular items in both retail and online include
Sweet Harlem
aromatherapy spray ($45), t-shirts (ranging between $20-$40), and flasks ($80). The spirits are $55, and sold in several stores in New York and online at ReserveBar.

Harlem Haberdashery has long operated several philanthropic drives to benefit the community it calls home. “We absolutely give back to the community because we believe when individuals thrive, communities thrive,” Sharene says.

Among those initiatives is #TakeCareofHarlem, which spearheads initiatives such as #ElegantForProm, which in pre-Covid times saw them collecting new or gently used gowns and suits for graduating seniors to wear to prom or graduation; #CoolForSchool, a school supplies drive run in partnership with The Boys and Girls Club of Harlem, which outfits up to 300 kids per year; and an annual holiday toy drive.

The Wood family also sprung into action during the early months of the pandemic. They partnered with New York City fashion company The.Dott to create medical-grade PPE for area hospitals.

“In watching the need for something so basic that was life-changing and life-saving for people, I couldn’t even believe there was a shortage,” Sharene says. “People who needed medical-grade PPE weren’t getting it and putting their lives at risk. So it was a no-brainer for us to produce, manufacture, and deliver.”

The family was able to act quickly by using the manufacturing chain they already had in place for their apparel line. “We [realized] we could use the same design intelligence for when we make an outfit for DJ
Khaled,
but instead make medical-grade PPE.” Through private donors and their own efforts, they were able to donate several hundred units to Harlem Hospital Center and other area hospitals in the span of two months.

Prior to Covid-19, Harlem Haberdashery was looking for strategic partnerships in order to expand their lifestyle brand, including seeking national distribution for their line of spirits. The pandemic put those efforts on hold, but now the company is looking to restart their search.

“We would love to expand Harlem Haberdashery into more of a lifestyle brand,” Sharene says. “Covid put a lot of stuff on hold and we would like to gear back up. We want to resume those talks or look for new industry professionals that want to partner with us. That’s in addition to continuing to produce and manufacture designs that people love.”

3 Tech Stocks To Keep On Your Holiday Radar

Thu Dec 3 , 2020
TipRanks 3 Penny Stocks Under $5 With Massive Upside Ahead Investors know that the key to profits is in the return – and that means, a willingness to shoulder risk. Risk is relative, of course, and tends to run hand-in-hand with the return potential. Find a stock with a giant […] 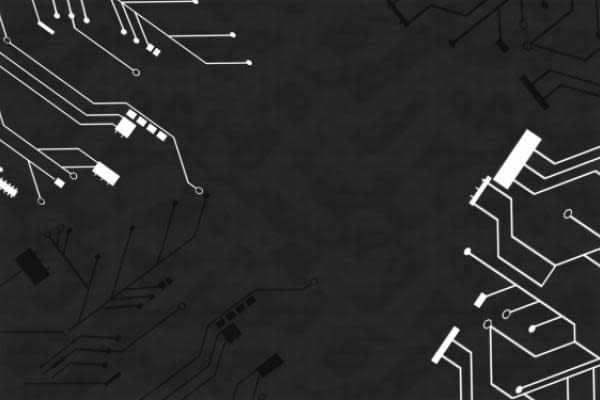