A former Los Angeles police officer and U.S. Army veteran filed a complaint against Customs and Border Protection on Wednesday, alleging that she was racially profiled and sexually assaulted when crossing back from Tijuana through Otay Mesa Port of Entry. Exactly one year ago Wednesday, Janine Bouey, 61, had just […]

A former Los Angeles police officer and U.S. Army veteran filed a complaint against Customs and Border Protection on Wednesday, alleging that she was racially profiled and sexually assaulted when crossing back from Tijuana through Otay Mesa Port of Entry.

Exactly one year ago Wednesday, Janine Bouey, 61, had just been to see her dentist in Tijuana, according to the complaint. She was standing in line at the port of entry and reading a book when a Customs and Border Protection officer singled her out. Bouey said she was the only Black woman waiting in line to cross.

What happened next, Bouey said, left her with severe post traumatic stress disorder, for which she is still receiving therapy.

“It was both shocking and frightening,” she said. “It was the most frightening day of my life.”

According to the complaint, she was taken into the main building at the port and made to stand with her hands against the wall and spread her legs. Then a white female CBP officer began groping Bouey’s genitals and penetrated her through her clothing.

In her own law enforcement training, Bouey said, searches over clothing were not supposed to include penetration.

That moment against the wall, Bouey said, was the first of several sexual assaults by that officer over the course of the roughly three hours she was in custody.

She said she was also forced to allow a dog to shove its face between her spread legs.

“I felt violated by the dog as well,” Bouey said.

Later, she was made to strip naked in a small room where the door was still partially open, she said. When she asked to have the door closed, the CBP officers in the room ignored her. Once she had removed all of her clothing, they made her squat repeatedly. The officer shone a flashlight into her genitals as well.

Her requests to speak to a supervisor and an attorney over the course of her time in custody were ignored. When she told CBP officers that she was a retired LAPD officer, they did not care, she said.

“They didn’t say anything but, ‘Spread your legs, and put your hands up against the wall,’” she said.

When she was finally allowed to leave, she asked the young Black officer who escorted her out a side door to an employee parking lot how he would feel if what had happened to her happened to his mother.

When asked about Bouey’s case, CBP said that the agency did not comment on pending litigation.

“Nobody apologizes. Nobody tells her why they did what they did,” said Mike Marrinan, one of Bouey’s attorneys. “She, of course, is humiliated.”

The complaint, which asks for $3 million in compensation, is the first step for Bouey in suing the agency. The government has six months to respond to the complaint before a lawsuit can be filed.

Bouey hopes that, by drawing attention to her story, it will help other victims feel safe to come forward.

“If they’re doing this to a retired LAPD officer, they’re going to do this to a lot of people,” Bouey said, noting how automatic and normalized the officers’ behavior felt.

When she finally got home to Los Angeles, Bouey began searching online for other cases of people being strip-searched at the border. What she found motivated her to speak out about her own experience. Many of the people complaining about sexual assault by CBP were Black women.

“My sole goal and motivation is to make sure this doesn’t happen to anybody else and to do whatever I can to make it stop,” Bouey said.

In announcing her complaint against Customs and Border Protection, Bouey was supported by Alliance San Diego, a local nonprofit that has provided a hotline for other victims to come forward — (619) 629-0360.

The organization’s executive director, Andrea Guerrero, railed against the systemic racism and structural impunity that she sees as major problems within CBP that require additional oversight.

After her experience at the border, Bouey has become focused on racism in CBP and even turned the topic into the dissertation she’s working on to earn a doctorate degree.

“If this were to happen to another woman or child and I didn’t come forward, I would feel more than guilty,” Bouey said. “I didn’t know this was happening until it happened to me.”

Though she’s found talking with other victims helpful to her own healing, she is still struggling with the effects of what happened to her.

Bouey, who has been surfing for 51 years, said she was still too terrified to travel out of the country alone for her regular international surfing trips. She also hasn’t been back to her dentist in Tijuana.

Fri Jun 18 , 2021
The leader of the Oath Keepers militia movement allegedly stole money from the group for personal expenses, according to militia members. The Wall Street Journal highlighted financial turmoil for the Oath Keepers and the Proud Boys in an exposé on Wednesday. Members of both ultra-right-wing groups are facing charges for […] 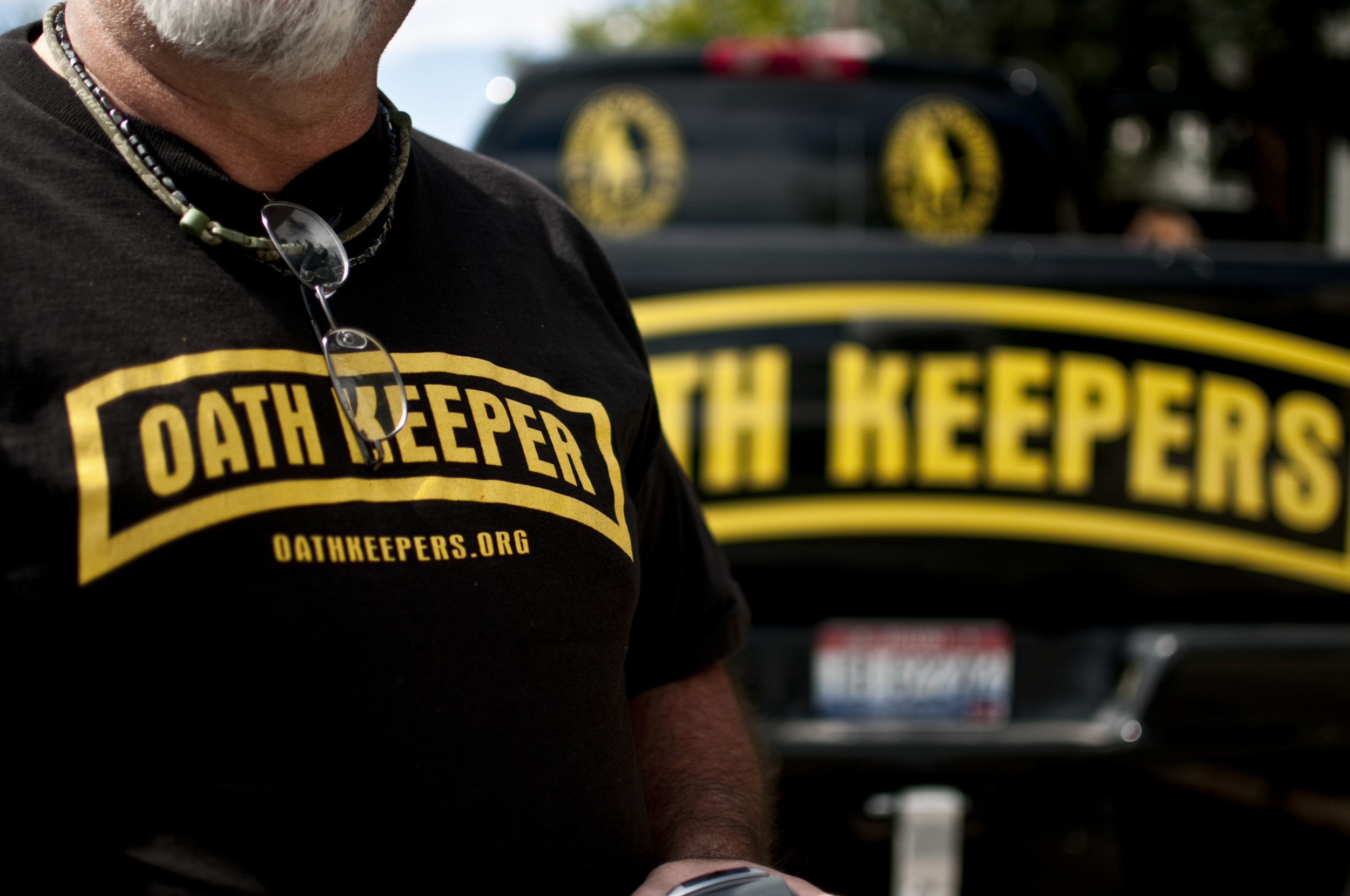