Never, as the sayings go, judge a book by its cover, a sausage by its skin or, when it comes to me, a hotel critic by her dodgy pre-visit suppositions.  “Oh gawd”, I thought when I read the press release about The Falcon, “minted toff and his yoga-loving sixth wife […]

Never, as the sayings go, judge a book by its cover, a sausage by its skin or, when it comes to me, a hotel critic by her dodgy pre-visit suppositions.

“Oh gawd”, I thought when I read the press release about The Falcon, “minted toff and his yoga-loving sixth wife open a hotel for yoga, meditation and wild swimming: I know what that will be like – weird and woo-woo, all peacock feathers, purple drapes and armfuls of silver bangles”.

How wrong. True, The Falcon, which I visited days before this lockdown, is very young and green and needs to bed in, but it’s essentially a slick boutique country hotel that delivers its message of rest and renewal with a soothing touch. I was thoroughly taken by it.

Google the Marquess of Northampton and you get the details of his five previous marriages, his nickname (the Mystic Marquess), his fascination with freemasonry and ancient lore and his claim that he cured himself of cancer with a 24-day diet of H2O and nothing else. Read the bumf on the hotel and you’ll discover that a ley line features, as does a specially placed standing stone which you can bless with a kiss, to channel its energy.

As I say, thanks to these researches, my initial thought was “uh-ho, here we go”, but I knew my preconceptions were wrong as soon as I met Lord N, as his staff call him, or Spenny, as his friends do, and his delightful wife, Tracy. Married in 2013, they share a deep interest in yoga and meditation, and are determined to make their new venture work for them, their guests and the community around the hotel. Spenny, short for Spencer, inherited his family’s vast estates in the Midlands and Surrey at the age of 21, while Tracy is a certified yoga teacher and psychotherapist who developed a crisis counselling service for British Airways before starting her own practice.

When they met, the couple underwent counselling themselves. “Tracy wanted to know why I had married five times,” laughs Spenny, “and I wanted to know why she hadn’t”. Next year they will open a holistic centre across from the hotel in Castle Ashby, but for now The Falcon, a former coaching inn, is the focus for their lightly applied wellness offering.

“The main thing,” they say, “is for our guests to enjoy themselves and have fun”. Retreats and packages will include yoga, meditation, gong baths, outdoor fitness classes and therapeutic treatments such as reiki and ayurveda.

If your principal reason for staying at a hotel is, like mine, to feel better when you leave than when you arrived, you will love The Falcon. After a total refurbishment and two new wings, its public rooms are light, airy, instantly relaxing and very natural, with fabrics, textures, materials and artworks that echo the surrounding landscape, colours that are soothing, and furniture that follows organic lines and shapes. Bedrooms, though small, are luxurious yet relaxing, and well priced for their quality.

Light dishes, including vegan options, are served in the bar, and lunch and dinner in the Eyas restaurant. Like an eyas (a young falcon) the currently ambitious but uncertain cooking could improve, and I believe it will.

It’s normal in hotels to have a facial or get your nails done; at The Falcon, you get your mind-and-body done. An hour’s deeply felt meditation led by Catherine Turner, followed by a negroni in the bar, made for a pretty chilled evening. An in-room bedtime meditation with Tias Little followed, accessed on my mobile via a QR code.

I woke refreshed, and ready for the day ahead. After breakfast came an hour of mindful yoga with Rosemary Booker and another extraordinary hour of gong bath meditation with Kanti and her sonorous gongs and singing bowls, after which I strolled in the lovely Capability Brown grounds (open to the public) of Castle Ashby with its Inigo Jones façade, and stocked up in the smart village deli.

I was accompanied at The Falcon by someone who had been through a major trauma, and it wasn’t just me who left feeling rested, renewed and a great deal better for their stay. When it reopens, The Falcon deserves to fly.

Doubles at The Falcon cost from £120 per night B&B. Access is possible for guests using wheelchairs. Travel restrictions are currently in place.

Her Abuse Was a ‘Family Matter,’ Until It Went Live

Sun Nov 15 , 2020
Lhamo, a Tibetan farmer in southwestern China, lived her life mostly outdoors and shared it online, posting videos of herself cooking, singing and picking herbs in the mountains around her village. By this fall, she had about 200,000 followers, many of whom praised her as cheerful and hardworking. Over 400 […] 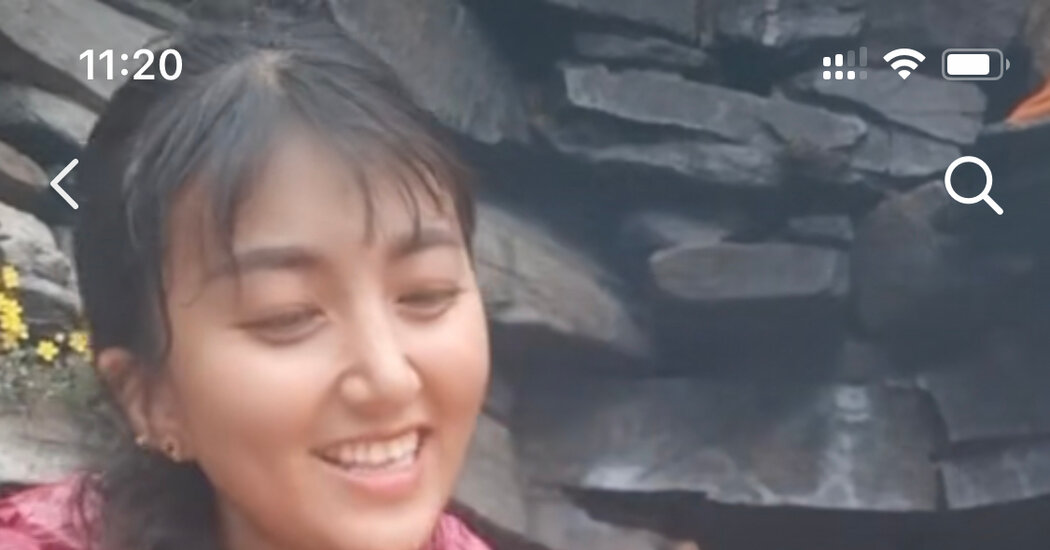