The drama began in Jenn Sherman’s October 4 Yacht Rock class. For the uninitiated — and uninitiated is a deliberate word choice here, because the fervency of some Peloton fans can give it the aura of a benign cult — Sherman is a popular, straight-talking spin instructor for the internet-connected fitness bike Peloton. Sherman is known for being candid. A little crass, even. (Recently, she took to Instagram Live to scold one of her 107,000 followers for complaining about the frequency of F-bombs in her classes.) But in that fateful early October class, Sherman made an offhand joke about COVID-19 that would test her employer’s leniency.

The class shortly disappeared from Peloton’s platform, just as the company’s CEO, John Foley, promised a disgruntled conservative rider that Peloton would remain an apolitical, “inclusive” space. Meanwhile, within the sprawling, incestuous, and deeply fascinating universe of Peloton-adjacent Facebook groups, many riders were flatly outraged.

What right did this woman have to complain about the politicization of Peloton, they demanded, when she uses the leaderboard tag #Trump2020? (Leaderboard tags allow riders to segment off into affinity groups; they generally tend toward the banal, like #PelotonMoms or #sweatingforthewedding.)

Speaking of leaderboard tags, Sherman’s defenders argued, didn’t Peloton just banish a bunch of QAnon ones? And hadn’t they hosted all those Pride rides, donated money to racial-justice groups, and otherwise talked a pretty big game about several issues on the left-hand side of the culture-wars ledger? Hell, instructor Cody Rigsby recently panned abstinence-only sex ed at great and hilarious length during class, while Christine D’Ercole has dedicated entire rides to Ruth Bader Ginsburg. (“Push through these two 4-minute threshold sets,” she wrote on Facebook, “the way RBG pushed through the resistance.”)

“EVERYTHING that Peloton has been for the past few months is political,” wrote one representative redditor. “BLM, LGBTQ rights, none of that exists in a nonpolitical bubble.”

Full disclosure: I am a member of the Peloton cult, which is probably one of the reasons I followed this drama with enormous interest. Pre-pandemic, I even frequented a very inconvenient and overly precious gym for the sole purpose of taking recorded classes.

But outside of my personal interest, I also think that, rather like the ill-fated and much-politicized SoulCycle before it, the culture of Peloton is independently fascinating in a way that, say, Flywheel (RIP!) isn’t. If you ever wanted to see the personified id of America’s suburban middle class, you could do far worse than a country-soundtracked spin ride at 6:30 a.m.

See, Peloton has positioned itself as the cure to a host of especially American, upper-middle class ills: the inability to claw any personal time from demanding professional schedules; the desperation to “escape” or “relax”; the need to squash every possible component of personal well-being (physical, emotional, social) into a tidy, bite-size package. It will surprise absolutely no one to learn that Peloton’s target customer is a high-earning, 35- to 50-year-old suburbanite with kids. Roughly three-quarters of all leaderboard names — the aliases riders choose for themselves — seem to contain the words mom, a wine varietal, or a high-powered profession.

But despite riders’ shared love for Pinot Noir and higher education, there is some strife in Pelotonland. In contrast to its onetime rival, SoulCycle (which ran afoul of fans when one of its owners, Stephen Ross, hosted a fundraiser for Trump), the company appears to have adopted an uneasy — and plausibly deniable — brand of progressive politics. Instructors cannot officially discuss politics in class; in August, Peloton also barred political chatter from its official Facebook groups. But CEO John Foley also trumpeted the donation of $100 million to racial-justice initiatives over the summer, donates pretty generously to Democrats himself, and allows instructors to opine on obvious culture-war triggers, from the importance of wearing masks to the aforementioned RBG and abstinence.

To give you an idea exactly how thin of a tightrope Peloton is walking — and it is vanishingly thin! — the company’s chief content officer told the New York Times this summer that it backed its instructors’ vocal support of Black Lives Matter because racial justice is a matter of “civil rights” … not “politics.”

In an emailed statement, a Peloton spokesperson doubled down on that distinction this week: “We support human and civil rights and that’s why we speak out on important issues,” she said. At the same time, “Peloton is nonpartisan,” the spokesperson added, and “we do take great care to maintain a community where everyone feels welcome and motivated.”

It’s a contorted dance, for sure. But maybe Peloton can attempt it because that’s also how some major portion of its (upper-class, suburban) membership sees social issues: not as concrete political realities, reasons to mobilize or vote, but as abstractions for the long arc of history to solve. Tellingly, a common complaint in online Peloton communities, whenever this debate rears up, is that riders shouldn’t have to be confronted with the world’s unpleasantness when they’re enjoying an “escape” on their pricey fitness equipment.

Meanwhile, those users most inclined to see racial justice, mask-wearing, or LGBTQ pride as problematically political — a.k.a. the conservative ones — are out there writing open letters on Facebook and getting Yacht Rock classes taken down.

Peloton: It really is a microcosm for America!

This post originally appeared in Caitlin Dewey’s newsletter, Links I Would GChat You If We Were Friends.

Get the Cut newsletter delivered daily


By submitting your email, you agree to our Terms and Privacy Notice and to receive email correspondence from us.

Wed Oct 21 , 2020
County health authorities issued an emergency stay-in-place order for University of Michigan undergraduate students after they were found to make up more than 60% of local COVID-19 cases. The order announced by the Washtenaw County Health Department on Tuesday will last until Nov. 3. It’s meant to slow the coronavirus infection […] 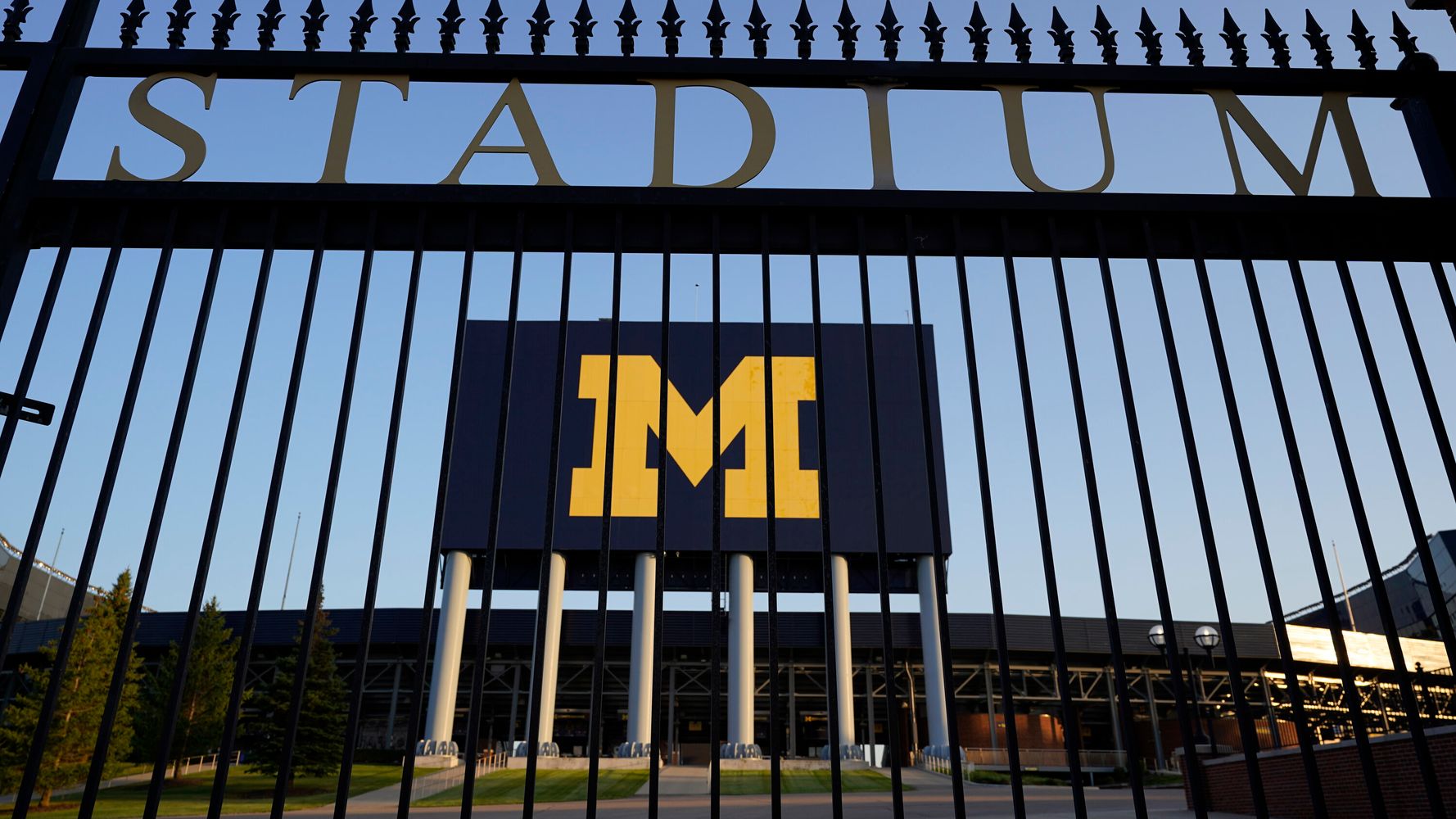