MASSAPEQUA, N.Y. – Ghost guns and thousands of rounds of ammunition were found inside a Long Island home.  Police say they discovered the cache in a dentist’s house, and it’s not the first time officers have been there.  As CBS2’s Jennifer McLogan reports, Dr. Paul Carey’s office is on the main […]

MASSAPEQUA, N.Y. – Ghost guns and thousands of rounds of ammunition were found inside a Long Island home.

Police say they discovered the cache in a dentist’s house, and it’s not the first time officers have been there.

“While he appeared to be agitated and intoxicated, he went upstairs. His secretary heard him racking a rifle, a shotgun. She immediately ran out of the house and called 911,” said Nassau Police Commissioner Patrick Ryder.

A SWAT team responded. Carey, it appeared, had barricaded himself inside.

Carey, they said, was not new to authorities. They had arrested him multiple times in the past for menacing, DWI, reckless endangerment, leaving the scene.

“I saw them carrying weapons out of the house,” one neighbor said.

Carey surrendered, and police discovered a cache of weapons including assault rifles, shotguns, silencers, high capacity magazines, 3,000 rounds of ammunition. There were 18 ghost guns among them.

“It would make anybody nervous. He was making ghost guns,” a neighbor said.

“He’s buying pieces through the mail. He’s putting them together, and making these illegal ghost guns. He had a machine shop in his basement,” Ryder said.

“Yeah, it will be a better place without him,” another neighbor told McLogan.

Carey’s pistol holding license was revoked in 2016 when he was arrested for firing shots in his back yard. Frantic neighbors called police.

“We’re happy that he’s no longer a possible threat to our community because we are very close here,” said neighbor Jennifer Sciscioli.

“These ghost guns without serial numbers scare me. The number has increased exponentially in the last couple of months of how many we are taking off the street,” said Nassau DA Anne Donnelly.

Carey’s website says he has a whole host of happy patients. He’s a graduate of NYU dental school.

His attorney says he is withholding comment at this time. Carey was hoping to post the $100,000 bond and get out of jail.

Police say Carey’s wife convinced him to come out of the house and surrender to authorities.

Detectives say many of the illegal guns discovered inside were loaded.

During her decades-long career, Jennifer McLogan has been recognized for her coverage of breaking news and live reporting on major stories that include the September 11 attacks, Superstorm Sandy, the Gilgo Beach Murders, the Long Island Rail Road massacre, the crash of TWA Flight 800, the Philadelphia Police firebombing of the radical group Move, the Hamptons’ Pine Barrens fires, and major snowstorms crippling the Northeast. In sports, she covered Super Bowl XLVI, World Series with both the Yankees and the Mets, NBA finals with Michael Jordan and the death of Arthur Ashe. 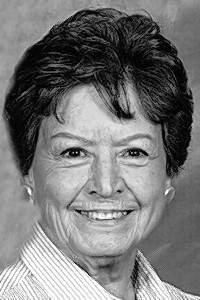