Democrat Stacy Brenner and Republican Sara Rivard differ on issues ranging from childhood vaccination to climate action in the race for the Maine Senate District 30 seat representing Gorham, Buxton and part of Scarborough.

Brenner, 46, is an organic farmer who operates Broadturn Farm in Scarborough with her husband, and she’s a registered nurse who works at The Birthplace at Northern Light Mercy Hospital in Portland.

Rivard, 49, is a chiropractor who lives in Gorham and operates Back on Track Wellness in South Portland.

They are running to replace state Sen. Linda Sanborn, D-Gorham, a retired family physician who isn’t seeking re-election. Neither candidate has held elected office. Both are Clean Election Act candidates, with lawn signs, campaign mailers and other expenses financed by Maine taxpayers.

Brenner said she’s running because she wants to move beyond kitchen-table conversations about how frustrated she is with various problems facing residents of District 30 and beyond, especially related to the economy, the environment, health care, education, human rights and dealing with the COVID-19 pandemic.

“I want to be able to say to my children and their children that I did everything I could to be part of the solution,” Brenner said.

Rivard’s endorsements include the Christian Civic League of Maine, the National Rifle Association and the Maine Coalition for Vaccine Choice.

Rivard said she was inspired to run when she testified in March 2019 against legislation that eliminated religious and philosophical exemptions to mandated childhood vaccination. Maine voters upheld the new law last spring when opponents attempted to overturn it.

“When I spent time at hearings in Augusta, it bothered me how the people elected to represent us had little interest in what their constituents, who were testifying, had to say,” Rivard said. “If things are going to change, we need to step up and be someone who can make a difference and help to change our beautiful state.”

On vaccination, Rivard said she believes a child’s parents and physician are best suited to make medical decisions. She said she firmly supports maintaining parental choice for vaccination and she opposes requiring schoolchildren to be vaccinated for COVID-19.

Regarding Maine’s response to the pandemic, Brenner said Gov. Janet Mills’ actions were “exemplary,” contributing to a low virus count and ability to trace cases, but not quick enough to address deep racial disparities. Rivard said Mills should have sought more input from business owners and they should be consulted in making decisions about the state’s economic recovery going forward.

To deal with a projected $1.4 billion state budget shortfall over the next three years, Rivard said she would avoid raising taxes that burden families, veterans, older Mainers and other vulnerable populations. “Nobody likes budget cuts, but we have done it before with success,” she said.

Brenner said she would seek flexible budget solutions addressing the hardest-hit communities, small businesses, the overall economy and public health. She would prioritize funding for education, health care and social services for vulnerable Mainers, while ensuring property taxes don’t force seniors from their homes. And she would work to close tax loopholes that benefit out-of-state corporations and private equity firms.

Asked whether she supports universal health care and Medicaid expansion, Rivard said: “I’m in favor of high-quality affordable healthcare for everyone and I’d like to work on how we can make that possibly happen.” She noted that Maine has already expanded MaineCare and said an additional expansion is unlikely given the budget troubles ahead.

Brenner said she supports universal health care as a human right and the expansion of MaineCare. She believes health care access should be disconnected from employment so workers don’t lose coverage during a public health crisis, as 14,000 Mainers did this year. It also would encourage entrepreneurs to start businesses and protect vulnerable populations, she said.

On abortion, Brenner said she is pro-choice. Rivard said she is morally opposed to abortion but supports maintaining access to informed reproductive health care for all Mainers. “I would not work to overturn what is protected by the 14th Amendment and I believe that the state should not interfere in private medical decisions between a person and their doctor,” she said.

Brenner said she opposes conversion therapy and supports Maine’s law against practices or treatments that seek to change a person’s sexual orientation or gender identity. “I believe everybody has human rights and should be supported where they are,” Brenner said. “I don’t want to go backward.”

If conversion therapy came back before the Legislature, Rivard said she would have to balance parents’ freedom to seek professional, licensed, faith-based counseling for their children against concerns about the negative repercussions of conversion therapy.

Asked whether she believes systemic racism exists and what should be done to address the concerns of people of color who fear being killed by police, Rivard said: “Racism is never okay under any circumstances, at any time. We can all do better. The statement ‘all people are created equal’ should be a creed we all live by.”

On gun laws, Brenner said she and her husband own a gun for practical purposes in running a farm and allow hunting on their 434-acre property; she supports safe gun ownership and increasing gun safety laws. Rivard said she doesn’t own a gun but believes the Second Amendment should be protected and doesn’t believe current gun laws should be changed.

Asked whether she believes human beings are major contributors to climate change, Rivard said: “We have a responsibility to be good stewards of the environment.” She said the state’s bipartisan goals to reduce greenhouse gas emissions 80 percent by 2050 “generally are good, (but) we cannot let the cost or impact of these initiatives fall on our elderly, our working small business owners or our rural communities.”

Please check your email to confirm and complete your registration.

Use the form below to reset your password. When you’ve submitted your account email, we will send an email with a reset code.

Mon Oct 26 , 2020
London-based Clario—the antivirus that wants to be your friend—is also ready to help you take back some privacy, by pointing out which companies are tracking the most information about you. Not the usual tracking we’re used to talking about, such as using cookies to follow where you visit online, what […] 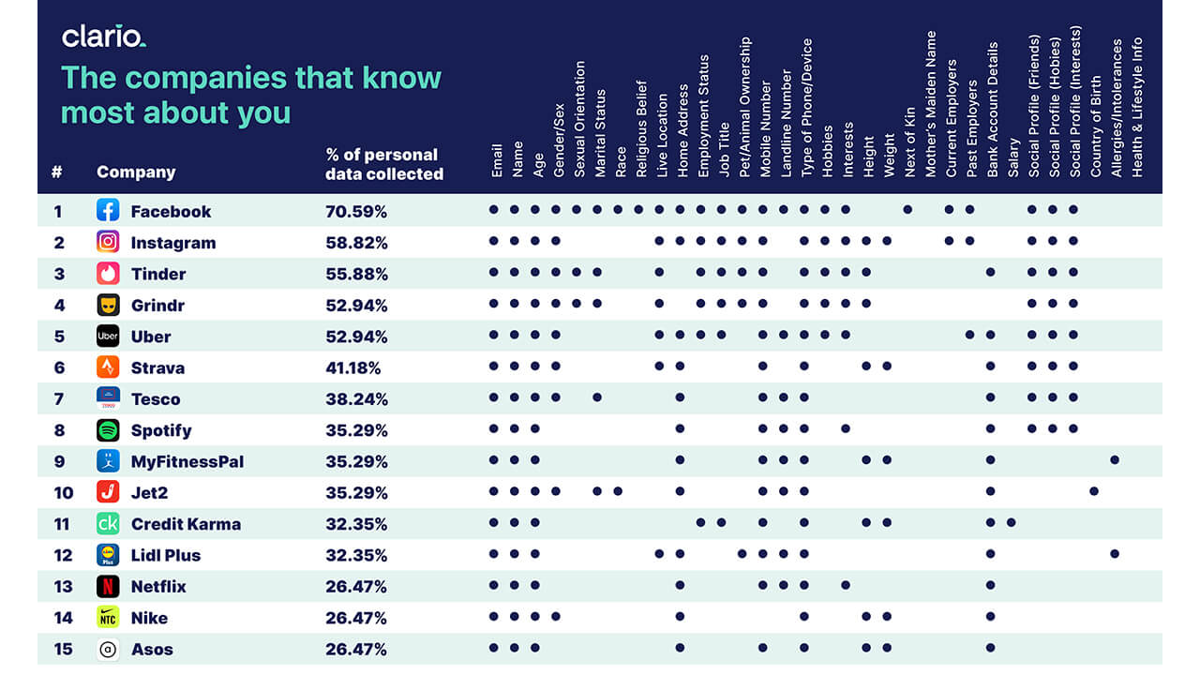