A year-and-a-half into the COVID-19 pandemic, few Americans are being mindful about how they stand in line. At airports, theme parks, highway rest stops, and fast-food joints, there have only been small changes in the thinking about queuing up. But as the Delta variant—and renewed mask mandates—sweep across the country […]

A year-and-a-half into the COVID-19 pandemic, few Americans are being mindful about how they stand in line. At airports, theme parks, highway rest stops, and fast-food joints, there have only been small changes in the thinking about queuing up.

But as the Delta variant—and renewed mask mandates—sweep across the country and world, is it time for airports, restaurants, and other attractions to reconsider the conventional wisdom about lines’ efficiency and safety? In an era when commerce and countries have been forced to whipsaw between being shuttered or open, businesses, social scientists, and travelers are contending with fresh policies (and some old issues) about how to wait around with other people.

Not all lines are created equal

Though humans have likely been forming lines of some sort for millennia, it was Scottish historian Thomas Carlyle who first mentioned the concept of a “queue” in his 1837 history of the French Revolution. He recalled patrons lined up outside bakeries in famine-plagued Paris. “The first come be the first served,” he wrote.

Fairness is perhaps the fundamental reason people put up with standing in lines, says Donald Norman, a cognitive design expert and author of the research paper The Psychology of Waiting Lines. “People get really annoyed when they feel that they’re not being treated like everyone else, and that there are people that seem to get ahead of them,” says Norman.

(Discover why planning a trip gives people so much satisfaction.)

MIT professor Dick Larson, and self-proclaimed “Dr. Queue,” agrees. “The number one complaint from queuers is not the magnitude of the delay, it’s the unfairness, particularly when people cut in front of you.”

Please be respectful of copyright. Unauthorized use is prohibited.

The modern travel industry has undermined the egalitarian basis for queues with a pay-for-sooner-play approach to the waiting game. A little (or a lot) of extra cash allows you to jump ahead with first-class airplane boarding, TSA PreCheck, or “skip-the-line” tickets to the Eiffel Tower or the Vatican. Critics say these practices create an inequitable, tiered experience; proponents argue that, for some vacationers, time is money. “Where there is a demand, there will be a market,” says Larson.

Still, the perception of fairness can be more powerful than reality. Said to have been pioneered at fast-food joint Wendy’s, a single, serpentine line means customers proceed on a first-come, first-serve basis. And studies show that people prefer a single line—compared with having to pick from multiple parallel ones—and feeling as if they’ve chosen the slowest one.

For that reason, Larson predicts that the COVID-19 pandemic’s six-feet apart, social-distancing floor stickers may be here to stay. “They assure the sense of social justice, first-come, first-serve, not just for social distancing, but also to keep people in line,” he says.

How you pass time is important

Physicists have long theorized that time is a human construct. After all, a five-minute wait when there’s nothing happening seems infinitely longer than the same five minutes spent playing a game on your phone. Occupied time feels shorter. “When people are bored, they get grouchy and irritable,” says Norman. Menus distributed to customers in line, magazines at the dentist office, and TVs in airport waiting areas are all designed to keep guests distracted.

(Why the pandemic is reshaping our comfort in crowds.)

When it comes to entertaining people in line, amusement parks were pioneers. In the 1930s, Knott’s Berry Farm in Buena Park, California, became one of the first theme parks in the U.S. because thousands of people were regularly lingering outside the fruit stand and restaurant to eat Cordelia Knott’s fried chicken. “To entertain guests while they waited to hear their name called over a loudspeaker from the restaurant,” Cordelia’s husband Walter (co-owner and berry farmer) assembled a hodgepodge of items—covered wagons, live monkeys on leashes, an 800-year-old redwood tree stump, says Knott’s historian Eric Lynxwiler. That turned the place into a roadside attraction and eventually, a theme park equipped with gravity-defying roller coasters.

The Knotts may have originated the theme-park line, but neighboring Disneyland in Anaheim, California, refined the waiting game. “Disney invented all sorts of schemes to make lines tolerable,” Norman says. “They wanted you to stay in the park the whole day, but they didn’t have enough rides to keep you busy the whole time.” (National Geographic Partners is part of the Walt Disney Company.)

Prior to going on a log flume or other ride, Disney guests file through rooms or corridors where they’ll learn about the background and history of the attraction. “The Indiana Jones Adventure: The Temple of the Forbidden Eye” ride at Disneyland has a half-mile-long queue snaking through a dimly lit faux “ancient” temple where visitors can decipher cryptic petroglyphs on the walls or hear archeologists making excavations. “It’s a way of making the waiting line seem like part of the entertainment,” Norman says.

Please be respectful of copyright. Unauthorized use is prohibited.

Another strategy some theme parks and attractions employ? Posting estimated wait times, which are often longer than actual wait times. “One of the axioms of all service industries is to manage people’s expectations at one level and deliver higher than that,” says Larson.

Tech to the rescue

Theme parks use tech too. Universal Orlando has an app that tracks waiting times and allows customers to book spots in the queue; attractions from Dollywood in Pigeon Forge, Tennessee, to Ohio’s rollercoaster-rich Cedar Point employ scannable skip-the-line wristbands.

Airline queues are going digital, too. Passengers on Southwest Airlines flights can now get their spot in line 24 hours before wheels up. The airlines’ cattle-car boarding remains despite COVID-19, but technology enables early birds (and people with extra cash or mileage status) to nab priority boarding. In January 2020, Delta added a feature on its app notifying customers when to board, a process similar to restaurant pagers that buzz diners when their tables are ready.

(Learn how technology might make travel during COVID-19 safer.)

Due to a surge in wanderlust-filled travelers and a shortage of workers, long lines are likely to continue all summer. In the meantime, Larson hopes that travelers will embrace queues as another part of their vacation experience. “I hope to see an increase in sophisticated tourists,” he says, “who will look into these delays as just part of the trip itself.”

Rachel Ng is a Hawaii-based writer who specializes in food, travel, and culture. Follow her on Instagram.

Tue Aug 3 , 2021
By Gregory Lemos, Jason Hanna and Paul P. Murphy, CNN An employee of a company that makes clear plastic teeth aligners opened fire at one of its Tennessee facilities Tuesday morning, injuring three people there before police officers shot and killed him, authorities said. The gunman, a 22-year-old day-shift employee, […] 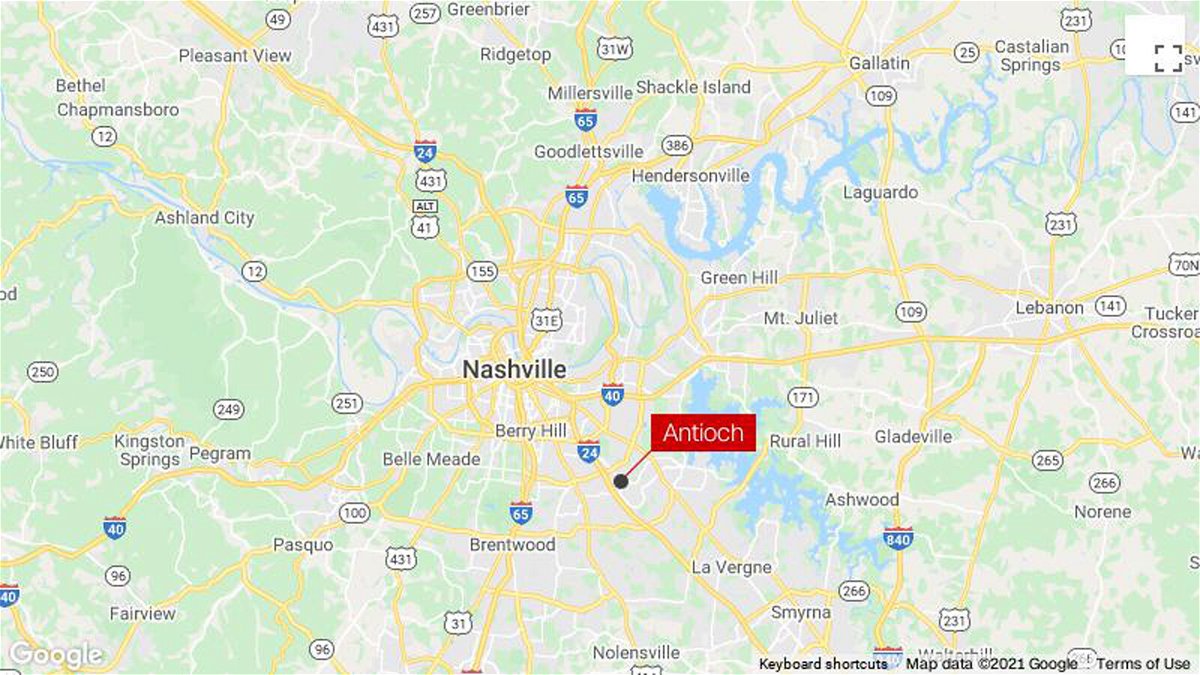