Beverly – David L. Cushing, 68, died October 17, 2020, at Mass General Hospital after gracefully managing a long and challenging illness. He was born in Portland, Maine, to the late Stanley and Mary (Ballem) Cushing, and also raised by his step-father, the late Eldred Anderson. It was here that his deep-rooted love for the ocean began. He attended Pine Tree Academy, and was a graduate of Pioneer Valley Academy, and Atlantic Union College.
David launched a successful career in healthcare consulting beginning with Monarch Health Corporation where he was Vice president for Development. He went on to become Regional Vice President for Development/Operations at Parkside Medical Services and then President for Parkside Behavioral Health Services. In his retirement, he devoted himself to caring for his family and friends.
He is survived by his beloved wife of 35 years, Mary Lussier-Cushing and his cherished daughter, Katherine Rosemeyer “Kate” and her husband Christopher of Ill.; a brother Lloyd Cushing and his wife Jackie of Maine; three sisters, Marjorie Smith and her late husband James of Fla., Marian Rodgers and her husband Ron of Fla., Barbara Reed and her husband Greg of Fla.; three brothers-in-law, Paul Lussier and his wife Pam of Mass., Richard Lussier and his wife Carolann of Fla., Bill Lussier and his wife Chris of N.H.; and many adored nieces and nephews. David was filled with joy to be expecting his first grandchild in the spring of 2021.
David loved golf and spent many happy days on the links. He was an avid fan of the Boston sports teams, the Atlanta Braves, as well as Kate and her teammates at the Pingree School and Wellesley College. They could always count on him to be cheering on the sidelines and to provide the post-game snacks. He was a kind and gentle person who was loyal and devoted to family and friends and went out of his way to make others smile. His is an unimaginable loss and he will be missed by those who love him.

Visitation (masks and physical distancing required) will be held in the Campbell Funeral Home, 525 Cabot Street, Beverly, on Thursday, October 22, 2020, from 2 to 5 p.m. Relatives and friends are invited to attend. His funeral service is private and will be live-streamed on Friday, October 23, 2020, at 11 a.m., on the funeral home website. In lieu of flowers, gifts in memory of David Cushing may be made to the Massachusetts General Hospital (MGH) in support of Dr. Sara Pai’s Head and Neck Cancer Translational Research. Gifts can be made online at https://giving.massgeneral.org/, or mailed to the MGH Development Office, ATTN: Carrie Powers, 125 Nashua Street, Suite 540, Boston, MA 02114. Please make checks payable to Massachusetts General Hospital and include “in memory of David Cushing” on the memo line. Additionally, donations can also be made to MGH Nursing and Patient Care Services in recognition of the extraordinary care provided to David. Information, directions, and condolences can be found at www.campbellfuneral.com.

Wed Oct 21 , 2020
It’s after midnight when Gabriella Munoz, 18, comes home, legs weary from waiting tables for eight hours. She sits down at her computer and mulls the economics chapters to read and math problems to finish before returning to another day at North Garland High. This is Munoz’s new routine since […] 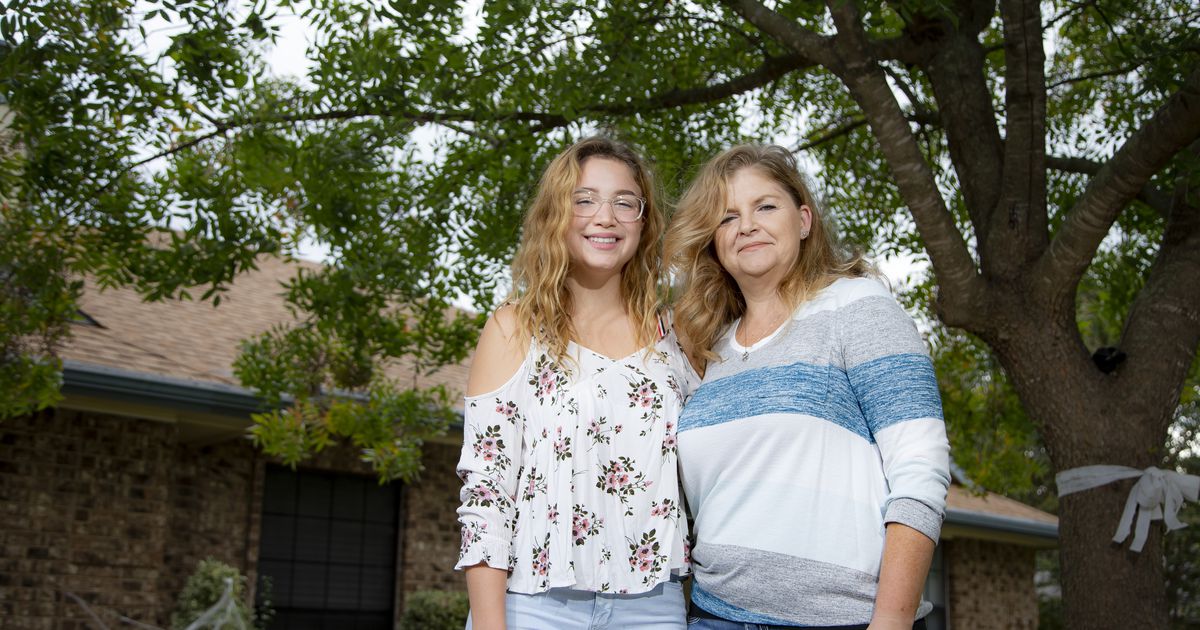