A Georgia woman is behind bars facing a murder charge after allegedly shoving her 85-year-old mother to the ground in a drunken rage, according to police. Anita Jones, 65, initially faced a battery charge in the July 25 incident but is now charged with murder after her mother died from […]

A Georgia woman is behind bars facing a murder charge after allegedly shoving her 85-year-old mother to the ground in a drunken rage, according to police.

Anita Jones, 65, initially faced a battery charge in the July 25 incident but is now charged with murder after her mother died from her injuries, local station WRDW reported.

Her death was ruled a homicide after an autopsy conducted by the Georgia Bureau of Investigation Crime Lab found that Jones’ mother, Mary Ready, died from “blunt impact trauma,” according to the news station.

Columbia County sheriff’s deputies responded to a domestic incident at the home where Ready’s granddaughter told them she received a call from her grandmother saying she (Ready) had gotten in physical fight with Jones, according to a police report obtained by McClatchy News.

Ready told police her daughter had been drinking the night before and became “very belligerent” toward her. There was also cursing and yelling, she said, as stated in the report.

Woman killed by husband in University Place home is identified

“[Ready] confronted [Jones] and asked her to quiet down because she didn’t want to make the neighbors mad with the loud noise,” police said. That’s when Ready said her daughter pushed, “causing her to fall down on the patio and cut her forearm and leg.”

Once at the home, deputies said they noticed blood-stained sheets in Ready’s bedroom and a trail of blood on the back patio where she was reportedly shoved, according to the police report. Blood droplets were also found on the steps leading into the residence, in the kitchen and other areas in the house.

Jones, who also suffered an injury to her leg, told deputies she didn’t remember what happened to her mom the previous night.

After further investigation, she was arrested and booked into the Columbia County Detention Center on suspicion of battery, police said.

Ready was taken to Doctor Hospital for treatment but died days later on July 30, according to the Augusta Chronicle. The coroner’s office notified deputies of her death, saying Ready had died as a result of the injuries she sustained after being shoved to the ground.

Buy These 5 Stocks Before It's Too Late

Thu Aug 6 , 2020
Earnings season is a great time to dive into stocks because there’s a certain amount of certainty that comes from all the related discussions. This is when our expectations about the just-concluded quarter are met, exceeded or missed. It’s also when we get a somewhat clearer picture about the next […] 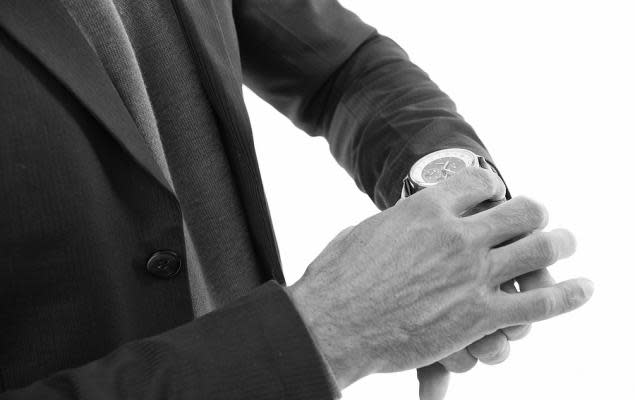