American students accustomed to easy access to Canadian campuses face unprecedented obstacles to continuing their education as the nation’s borders remain all but closed due to the coronavirus. Visas once processed in weeks are taking months to secure. Students have been asked to prove that their physical presence is essential […]

American students accustomed to easy access to Canadian campuses face unprecedented obstacles to continuing their education as the nation’s borders remain all but closed due to the coronavirus.

Visas once processed in weeks are taking months to secure. Students have been asked to prove that their physical presence is essential — no matter that campuses and dormitories are open even as learning shifts online.

The impending school year creates a conundrum for the Canadian government — and for some 500,000 international college students and thousands more who are younger.

Canada’s international student policies are not far from those of the Trump administration, which originally planned to deport foreign students whose courses were fully online this fall. When the plan met with backlash, U.S. Immigration and Customs Enforcement clarified that new foreign students may not enter the country if all of their courses are online.

Were it not for the confusion about Canada’s policies, there might be more of an outcry.

Prime Minister Justin Trudeau has sought to carve out Canada as an attractive option for prospective immigrants given the Trump administration’s restrictive immigration policies, and the country has taken pride in drawing students from around the world who may ultimately opt to settle in Canada.

But as the coronavirus pandemic continues its stranglehold on several nations, including the U.S., Ottawa is clamping down on who can enter the country, protecting Canadians who have largely flattened the Covid-19 curve.

Entering Canada to attend school is “generally” considered optional unless there is a requirement for a student to be in the country, Canada Border Services Agency spokesperson Jacqueline Callin said.

“The onus is on the traveler to show that their presence in Canada is required,” she said.

Many universities are offering the bulk of their courses online for the fall semester, though some specific programs are running in-person. If a student’s course load is fully online, border agents are unlikely to wave them through.

Americans historically have had an easier time than other foreign students when applying for Canadian study permits. Options have included applying online or in person at a Canadian port at the time of entry. But even now, it’s not clear how exactly Americans applying for student visas should proceed.

Collette said Americans are officially being encouraged to apply online, though some have been allowed into Canada after applying at Canadian ports of entry.

Henry Chang, a Canada-U.S. immigration lawyer at Dentons Canada in Toronto, said Immigration, Refugees and Citizenship Canada recently updated its guidance to clarify that American students who show up at the border and can prove they’re traveling for a non-discretionary reason may be permitted to enter Canada, even if they’ve yet to secure a valid permit.

“Can I tell you that every person has gotten in? No,” Chang said.

Meanwhile, other international students need a valid reason to be physically present in Canada and must have permits in hand — or permit approval as of March 18. The requirement means new foreign students are essentially banned from entering.

CBSA officers have largely had to interpret the rules in real time as guidance trickles down from Ottawa, Chang said, and the study permit issue will need further clarification. In the meantime, there likely will be differences among ports in how updated guidance is applied to U.S. students, he said.

Online processing for student visas for Americans is taking about 19 to 20 weeks, attorneys said. It used to take up to a month.

Universities have provided letters to students signed up for in-person coursework, an effort to persuade border officers of their admissibility. Students who have poor internet connections in their home countries, or who face time differences that make it difficult to attend online classes, have also tried to make their cases for entry.

But like all border encounters, CBSA officers wield broad discretion.

“There are many factors that come into play when an officer is allowing a traveler to enter the country,” Callin said. “It is important to note that the final determination is made by a border services officer on a case-by-case basis at the port of entry with the information presented upon time of entry to Canada.”

Deena Wang, manager of international recruitment at the University of Windsor in Ontario, said the school has revised its travel support letter about four times since the spring in response to updates in guidance from Canadian immigration regulators.

Requiring a student to prove essential travel “wasn’t very clear at the very beginning,” she said.

In recent weeks, IRCC has signaled that processing study permits is the agency’s priority, Wang said.

“It took some time to speed up, but the government aims to process the majority of the applications before the program starts” next month, she said.

The ongoing restrictions are also hamstringing younger U.S. citizens from border communities from commuting across the border for school.

Right now, students crossing into Canada must fulfill the country’s 14-day quarantine mandate. Commuting students don’t fall on Ottawa’s list of exceptions, making it impossible for them to simultaneously attend class in Canada and live in the U.S

The requirements prevent some students from Point Roberts, Wash., which borders British Columbia on a peninsula geographically isolated from the rest of the state, from returning to school and extracurriculars in Canada, said Christopher Carleton, the town’s fire chief.

“We need to be independently viewed when it comes to this pandemic, because everybody is grouping us in with the rest of the United States, and we don’t have Covid numbers here — we don’t have the attachment to the Lower 48,” he said last month. “We are very isolated.”

There are no exceptions in Canada’s quarantine rules for students — as there are for certain workers, said Health Canada spokesperson Eric Morrissette. “Since they could not reasonably comply with this on a daily basis for the purposes of attending school, such students would be denied entry,” he told POLITICO.

The same quarantine mandate applies to Canadian citizens crossing from the U.S., even if they are students, Morrissette said, meaning Canadians who live in the States but attend school in Canada would not be permitted to commute for educational purposes.

Among those exempted from Quarantine Act requirements are residents of an “integrated trans-border community” existing on the border. The Indigenous territory of Akwesasne, straddling Ontario, Quebec and New York, is the only place identified as fitting that definition, according to Health Canada.

That exception has at least one pair of border towns between northern British Columbia and Alaska petitioning to be treated as such a community, given the Alaskan residents’ geographical isolation from the rest of the state.

For now, Canadian universities are scrambling to stay on top of the ever-changing immigration guidance so they can communicate to international students what they need to know, should they try to cross the border.

“It’s important to us that we do everything we can to make sure we are well educating them for the process itself, and we have adequate supports in place” for foreign students, said Beth Natale, the University of Windsor’s director of student recruitment.

How To Actually Support An LGBTQ+ Child

Sat Aug 22 , 2020
Photo credit: MajaMitrovic – Getty Images From Woman’s Day Though public acceptance of lesbian, gay, bisexual, transgender, and queer people has grown over the years, many parents and family members of LGBTQ+ kids still struggle to know what to say when a child comes out, or they aren’t sure how […] 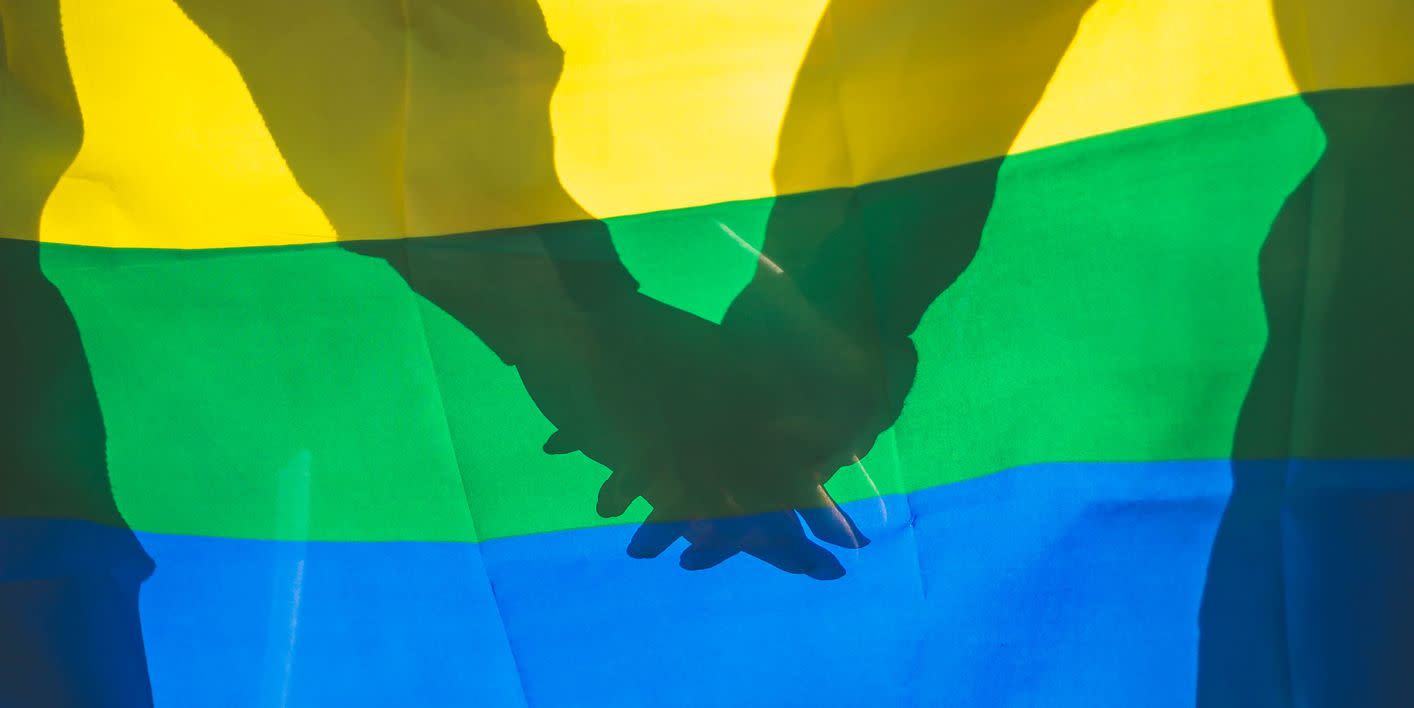