Channel 4 is facing a backlash against its controversial programme How to lose a stone in 21 days.

Fronted by TV medic Dr Michael Mosley, who spearheaded the 5:2 diet, the show promised to “get our health back on track” after lockdown, which it claimed “has been bad” for Britons’ waistlines.

Dr Moseley recommended dieters cut their calorie consumption to just 800kcal a day – considerably less than the 2,500kcal and 2,000kcal the NHS advises for men and women, respectively.

With the show airing at 9pm on 5 August, the eating disorder charity Beat extended the hours its helpline was open by three hours until 11pm that evening – with calls spiking by 51%.

The charity also hosted an online quiz while the programme was on air “as a positive distraction”.

Twitter users have slammed the “absolutely disgraceful” broadcast, which attracted 2.3 million viewers, for “fuelling eating disorders”. One even said it “may have blood on its hands”.

“It is incredibly worrying to see a national programme yet again promoting extreme weight loss and crash dieting,” said Caroline Price from Beat.

“The promise inherent in the title is likely to attract people suffering from or vulnerable to eating disorders and risks encouraging those affected to attempt the methods shown despite the damage this could cause.

Read more: Social media may be fuelling eating disorders in children as young as 12

“Research has shown that dietary restraint, including the restriction of calories, has been found to be a risk factor in the development of an eating disorder.

“We wrote to Channel 4 in advance of the programme voicing our concerns, and providing guidance on reporting in a responsible and non-triggering way.

“It is very disappointing that once again, their [viewers’] needs have been ignored by broadcasters.”

The medic was assisted by his GP wife Dr Clare Bailey, who recently ran a study where participants consumed 800 calories a day for eight weeks.

“The plan is designed to help you lose weight at a safe rate of 0.5kg to 1kg (1lb to 2lb) each week by sticking to a daily calorie allowance,” it states.

Losing a stone, 14lb, would therefore take up to 14 weeks.

Me reading the news and seeing that a programme about eating 800 calories a day is being aired under the guise that it is a healthy way to lose weight despite how unsafe it is and how damaging shows like this are for people with eating disorders #howtoloseastonein21days pic.twitter.com/yUs7gJcgKW

Another turned off after the content left her feeling “angry and exhausted”.

Twitter users were not the only ones left outraged.

Hope Virgo, who fronts the #CurbTheCount campaign to stop calories being printed on menus, almost died from anorexia when she was just 17.

Speaking of the Channel 4 show, she said: “While weight loss will of course be helpful for some people, I am concerned that for the 1.25 million Brits who suffer from an eating disorder – not to mention those at risk of developing one – the balance of messaging is very one-sided and this could be highly triggering.

“There is so much more to healthy living than losing weight and counting calories, and we all need to look after our health in different ways.

“Getting our five-a-day, eating a more balanced diet and learning not to attach eating habits to emotions are examples of what we can do.

“I nearly lost my life to anorexia. Calorie counting and diet culture played a significant part in that.

“Calories are not bad for us, we all need food to live. We need to get positive messages about food out there, not just negative ones.”

Duane Mellor – a registered dietitian and spokesperson for the British Dietetic Association – said an 800-calorie a day diet can be appropriate to help people with type 2 diabetes enter remission, providing it is carried out under strict medical supervision.

“The key thing is not just this [weight loss], but long term to learn how to re-engage with food and enjoy it in a healthy way,” he told Yahoo UK.

For those without diabetes, an 800-calorie a day diet would make it “hard” to exercise, which helps preserve muscle.

“If you lose weight rapidly, you lose more muscle,” said Mellor. “If you lose 1lb to 2lb a week, you tend to lose three quarters of [the] weight as fat and preserve more of the muscle.

“You then have a larger capacity to burn fuel when you go back to a habitual way of eating.”

Mellor added the show also had a “few safety notes”.

“There could be a risk of dehydration; [these diets have] diuretic effects,” he said.

The backlash comes after BBC Two was called “not remotely responsible” when it aired The Restaurant That Burns Off Calories in April.

Thu Aug 6 , 2020
Good morning and happy Thursday. As the week once again draws to a close, let’s review the news, shall we? AG CALLS ON FACEBOOK TO FIGHT HATE, MISINFORMATION California Attorney General Xavier Becerra has signed his name to a multistate letter calling on Facebook to take additional steps to combat […] 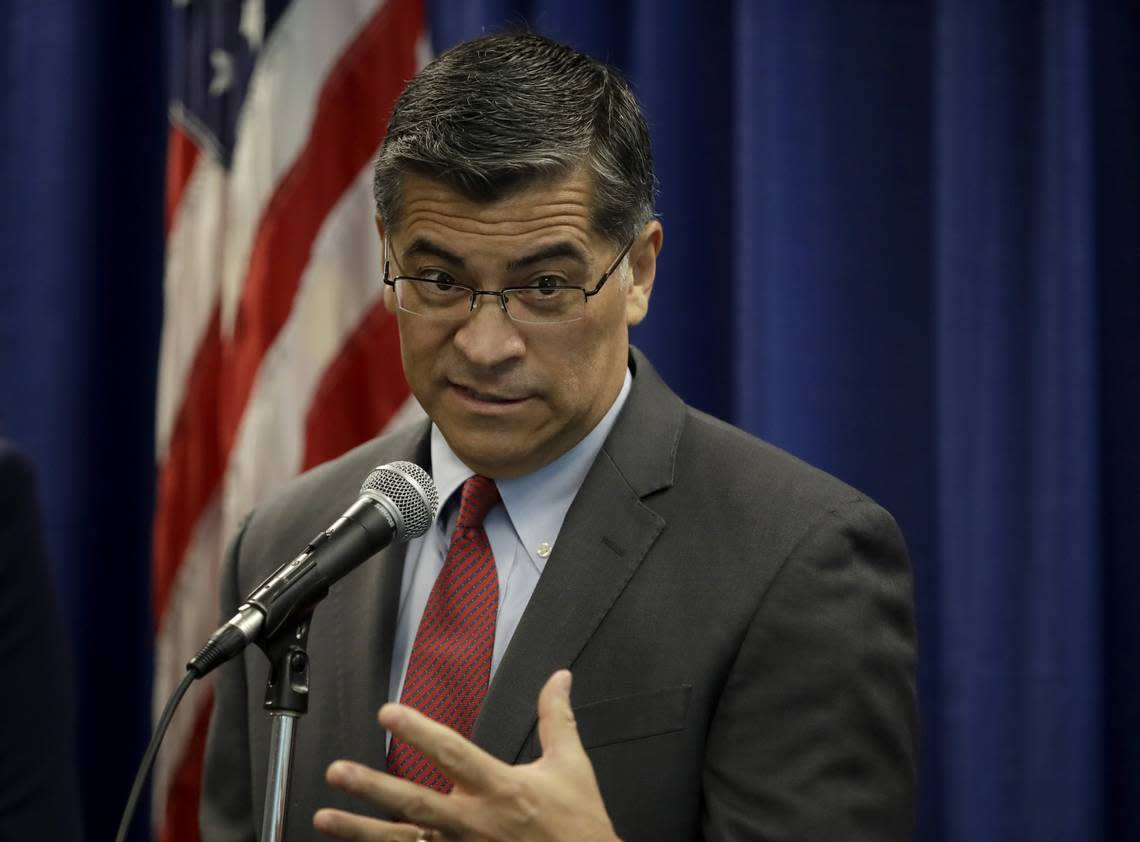