The state reported 219 new deaths from the respiratory disease Saturday and another 132 Sunday to bring the pandemic’s official statewide death toll to 9,356, according to data from the California Department of Public Health.

Sacramento County health officials have confirmed 142 resident deaths from COVID-19, the disease caused by the highly contagious coronavirus, including 91 residing in the city of Sacramento.

The county suffered at least 49 COVID-19 deaths in July, making it the deadliest month of the health crisis so far. Sacramento County had 34 deaths from the virus in April, followed by 18 in each of May and June, according to public health officials’ data dashboard. The July count is likely to grow in the coming days because it can take a week or longer in some cases for authorities to officially determine COVID-19 as the cause or significant factor in death.

Infection rates and totals, both in Sacramento and across California, show some signs of slight slowdown.

The state reported in Sunday’s data update that 7.1% of all diagnostic tests for COVID-19 came back positive in the previous 14 days, but in the latter seven days, it was down to just 6.4%. CDPH notes 8% as the state’s goal; California’s statewide rate had been below 5% from mid-May until late June, then climbed near 7.5%, stabilizing there throughout most of July.

The most recent seven-day stretch saw about 55,000 total new infections across California, down from about 70,000 the prior week.

Hospitalization totals remain elevated, though, with still more than 6,300 hospitalized with the virus statewide and over 1,900 in intensive care units.

Sacramento County had at least 267 patients in hospital beds with lab-confirmed cases of COVID-19, according to CDPH data, with 91 of them receiving intensive care, matching the county’s all-time high for ICU patients during the pandemic. The county has 86 additional ICU beds still available.

What remains shut down in California?

Gov. Gavin Newsom in the first half of July rolled back numerous economic reopenings in response to surging coronavirus activity across many different parts of California starting around mid-June, after a number of business sectors had gotten the green light to reopen from May through early June.

On July 13, the state ordered all bars as well as indoor dine-in restaurants, movie theaters, zoos, museums, card rooms and other entertainment venues to close across the entire state. Places of worship, non-essential office spaces, shopping malls, gyms, nail salons, barbershops and other personal care services were required to shut down in counties that have been on the CDPH watchlist for more than three consecutive days.

As of Monday, the list consists of 38 counties that make up more than 38 million people — over 97 percent of California’s roughly 40 million residents. The list includes essentially all of Southern California; all of the San Francisco Bay Area; and the entirety of the immediate Sacramento area, with the exception of El Dorado County.

Newsom announced in mid-July that a county must be off the watchlist for two weeks before it can reopen public K-12 schools for on-campus learning, meaning a vast majority of the state slated to begin the 2020-21 academic year this month will have to do so on an online-only, distance-learning basis .

A county ends up on the state’s monitoring list if its COVID-19 metrics, such as new cases or hospitalizations, surpass certain thresholds. One of those thresholds is a test positivity rate of 8%. More than a half-dozen counties are at more than double that figure, such as Merced County, where more than 19% of COVID-19 tests returned positive over the most recent seven-day stretch on record, according to state data.

The CDPH data show Sacramento’s most recent positive test rate at 9.6%. Nearby Sutter and Yuba counties are each just above 12%, the state reports.

Sacramento County passed 10,000 cases in Saturday’s update and reported 51 more cases Sunday for 10,067 over the course of the pandemic. At least 142 residents have died: 91 in the capital city, 19 in unincorporated areas of the county, 10 in Citrus heights, eight in Elk Grove, seven in Rancho Cordova, four in Galt and three in Folsom.

Yolo County health officials have reported a total of 1,572 cases and 42 deaths as of Sunday. There are six patients in county hospitals, all of whom are in the ICU. The county has five ICU beds remaining, according to state data. The county has seen outbreaks at several long-term care facilities, which account for 118 of the total number of cases and 21 of the deaths.

Woodland’s Stollwood Convalescent Hospital reported an outbreak in April and it is still the most severe outbreak in the county. There, 66 people connected to the facility have been infected with coronavirus and 17 have died. The facility will close permanently in September.

Placer County has reported 1,925 cases and 16 deaths. On Sunday, 13 new cases and one new death were reported. There are 60 people hospitalized in the county and 14 in the ICU. The county has 31 ICU beds available.

El Dorado County has reported a total of 637 cases and just one death from COVID-19. On Friday, 24 new cases were reported by county health officials. There are currently two people in county hospitals and one person being treated in an ICU. The county has 14 ICU beds available. El Dorado County, despite reporting its first death last month, remains the only county in the greater Sacramento area to have not been placed onto the state’s regional coronavirus watchlist, reflecting its relatively low number of cases.

Sutter County has reported a total of 797 cases and six deaths. On Sunday, health officials added 11 new cases, after last week reporting two deaths. Twelve are hospitalized with the virus. County health officials reported one of the highest single-day infections on Tuesday, adding 34 more confirmed cases to the total. The last record was set July 23, when 35 infections were reported.

In neighboring Yuba County, 501 people have been infected and four have died. The county added 13 cases Saturday and 16 more Sunday. On Wednesday, 26 people tested positive for coronavirus, which set a daily infection record, and one death was reported. Eight people in Yuba County were hospitalized as of Sunday evening.

Coronavirus: Get news and updates emailed to you from The Sacramento Bee

Over 18.1 million people worldwide have tested positive for COVID-19, and 690,000 of them have died, according to data maintained by Johns Hopkins University.

At over 509,000 cases, California has confirmed more coronavirus infections than any country except for the United States, Brazil, India, Russia and South Africa. The state’s death toll is higher than Germany (9,154 dead) and Canada (8,990) as of Monday morning, according to Johns Hopkins data.

What is COVID-19? How is the coronavirus spread?

Coronavirus is spread through contact between people within 6 feet of each other, especially through coughing and sneezing that expels respiratory droplets that land in the mouths or noses of people nearby.

The Centers for Disease Control and Prevention says it’s possible to catch the disease COVID-19 by touching something that has the virus on it, and then touching your own face, “but this is not thought to be the main way the virus spreads.”

Symptoms of the virus that causes COVID-19 include fever, cough and shortness of breath, which may occur two days to two weeks after exposure.

Most people develop only mild symptoms, but some people develop more severe symptoms, including pneumonia, which can be fatal. The disease is especially dangerous to the elderly and others with weaker immune systems.

For These Women, Covid-19 Has Redefined What It Means to Be “Strong Like a Mama”

Mon Aug 3 , 2020
Photo credit: Photo courtesy of Heymama.co From Woman’s Day Katya Libin and Amri Kibbler know all about the struggles working moms face during the ongoing COVID-19 pandemic. Like countless working parents across the country, they’ve been forced to juggle their never-ending parenting responsibilities in tandem with their careers. They know […] 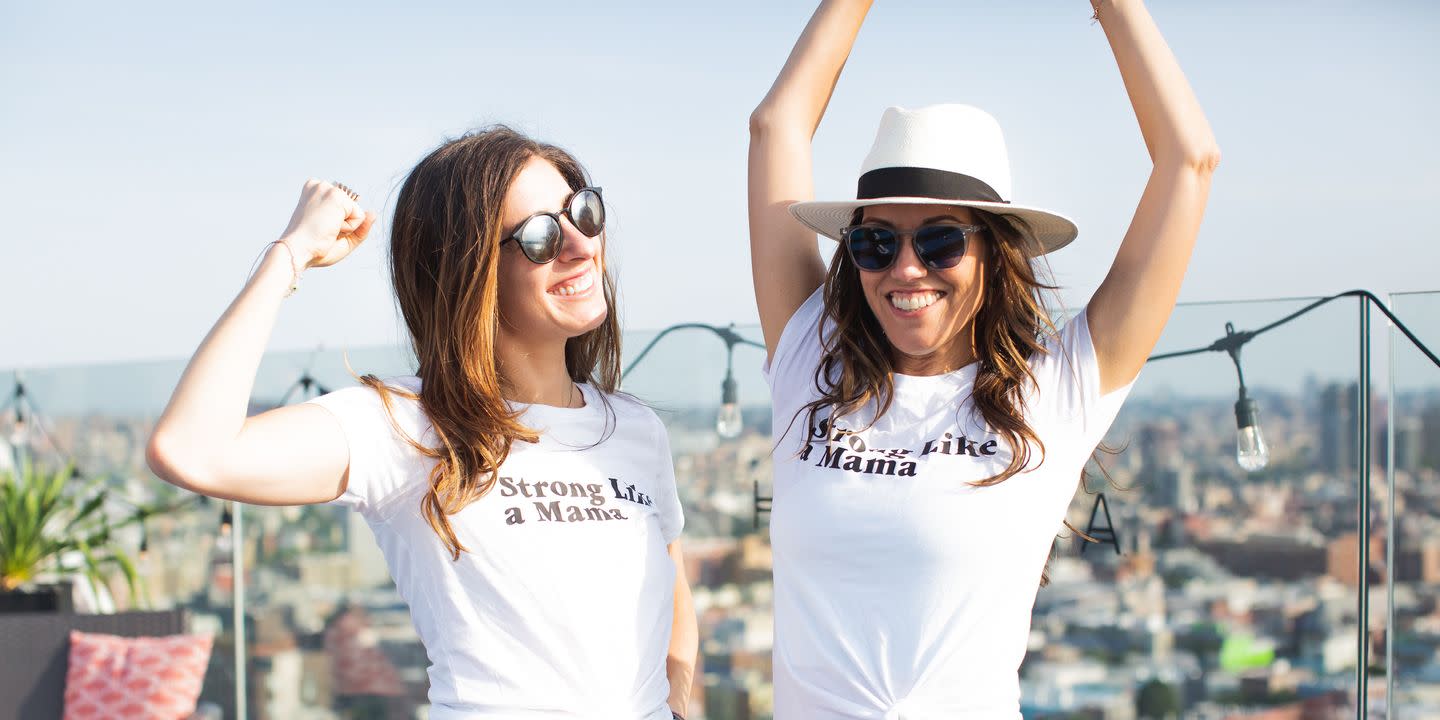