Across the five boroughs, there are 48 Blink Fitness gyms. The chain is one of the cheapest gym options I’ve ever come across here in New York: starting at $15 a month for access to a single location, and $27.17 for access to over a dozen gyms across the city. Before I signed up for Blink in late 2018, friends and online reviews warned me about one major downside: a comically difficult membership cancellation process that requires in-person or by-certified-mail cancellation. I shrugged this concern away, because I had no immediate plans to leave New York or stop working out. I did not consider epidemiological factors, specifically a disease outbreak that is currently killing four thousand Americans per day, that might keep me at home and out of the gym.

In a testament to Blink’s resolve to never stop going in, the company largely stuck to its satirical take on Terms and Conditions, even during the pandemic, when either method of canceling would be dangerous to its customers. But as a result of a new Senate bill passed in early January, Blink now allows customers to cancel their memberships online or by email, the first of potentially many dominoes to fall if the trend catches on in other states.

When the pandemic started, I was paying for multi location access, which meant I could work out at a gym near the office (when I worked in an office), or a different gym near my apartment; it also granted me exclusive access to a considerable network of toilets across New York. These gyms are equipped with all the machinery required for a decent workout, and if you visit between 5PM and 9PM, you will never feel alone. The locker rooms often have unforgettable aromas, but again, for only $15 a month, these are memories worth having. The upfront costs are assuredly cheap, but the absurdly high bar for cancelling adds up significantly.

It’s very easy to find unhappy Blink members: you can just pull up @BlinkFitness mentions on any given day. Nate Igor Smith, a New York based photographer, estimates that in the years he’s paid Blink for a gym membership, he’s visited just a handful of times. He accepted the monthly annual bill from Blink as a laziness tax, a reminder that he should go to the gym. But when the COVID-19 pandemic came to the United States, he wondered if the charges would continue.

On January 5, 2021, Blink Fitness issued a press release for their “don’t worry, gym happy,” campaign, allowing members to cancel, freeze, or unfreeze their account online, for the first time. (To be certain, the online option provides the ability to request your account is cancelled, frozen, or unfrozen.) For some reason, there is no mention of the campaign on its Twitter account, the go-to place for unhappy customers to complain about anything. I was only aware of its existence because a spokesperson for Blink sent it to me, and other members I spoke to did not know about the online cancellation option until I sent it to them. Blink Fitness members can request to cancel their membership here.

After Governor Cuomo announced that New York would close gyms on March 16, 2020, Blink Fitness told its customers that membership billing would be frozen until gyms reopened: a reasonable accommodation considering it would be impossible to get any value from paying to use a gym while it’s closed. When gyms reopened at the end of August—at 33% capacity—Blink resumed billing its members as normal the following month, including Smith.

Smith didn’t want to go to the gym during an ongoing pandemic, so he embarked on a quest to cancel. In order to free himself from commitment to Blink Fitness, Smith was told he needed to visit a gym in-person, or send a certified letter from the post office.

“Both things required going to indoor locations and waiting in lines. And it was the exact opposite of what I was trying to do,” Smith said, given that medical guidance about COVID specifically recommends against being indoors with other people. The battle with Blink is now a matter of principle, he said. He’s blocked the gym’s charges on his credit card, but now gets frequent emails about owing money to Blink, and he is concerned it will negatively affect his credit. When a gym sends a “delinquent” account to collections—as Blink does—it can impact your credit. Specifically, Blink uses Utah-based Aldous & Associates to chase down past due accounts, a firm that “specializes in fitness industry 90 day past due consumer collections.”

His interactions with Blink, Smith said, “seems like the opposite of customer service. They just don’t seem to care about PR at all.” And if the fitness chain had been more lenient in letting Smith leave, he would’ve come back.

“If they’d let me cancel, I would have signed up again and just given them free money for years, even though I never use the gym,” Smith said.

Oluwafolabomi Olujimi, graduate student at Syracuse University, signed up for Blink Fitness when she lived in the city in the summer of 2019. She has not been able to cancel her membership, and still gets billed $15 per month, as well as a $52.24 annual membership fee. “The whole thing has me so stressed out when I think about how I could’ve saved money if they’d just made cancelling a little easier,” she said. She’s made calls to Blink, DM’d the company on Twitter, and made a request on its website, but has not heard back from the gym yet. Olujimi never even visited a Blink location, because she moved from the city shortly after signing up.

Given a COVID-19 body count surpassing 400,000 in the United States alone, a freshly attempted insurrection, a new president dropping, and the death of MF DOOM, there are clearly larger concerns than a gym’s ruthless pursuit of your hard-earned $15. But these small payments add up, and are indicative of other widespread predatory business practices.

Automatic payments can pose a threat to consumers as “they can easily lead to overpayment or ignorance of a transaction’s true cost, and incentivize the merchant to create obstacles to cancellation,” Will Stancil wrote in his 2013 paper, “The One Weird Old Trick to Frustrate Online Scammers, Reduce Fees for Consumers, and Make Americans Happier with Their Finances,” published in the University of Minnesota Digital Conservancy.

“There’s this idea that business is rational,” Stancil, who now works as an attorney at a civil rights organization at the University of Minnesota law school, told VICE. “You’re exchanging money for a product or service or a good, the amount you’re willing to pay indicates what it’s worth to you, but this is BS,” he said. “I would say large swaths of our economy are not built around supply meeting demand, but are built around how much pain can we make people endure before they say, ‘Okay, I’m not gonna give you any more money.’ You’re really measuring people’s tolerance for financial pain against their laziness.” Stancil’s paper called for a simple way to view one’s automatic payments in one place, which has since become a common feature for banks and credit cards.

“This really is something that can be improved, by just simply giving people a way to exercise closer control over their finances,” Stancil said. “And the way to do that is to simply just put it all in one place. Let people see what automatic payments are going out and who they’re going to. Don’t let businesses obfuscate what’s on your bank statement by going through another company. This is intentionally done to make it unclear where the payment’s going.”

In a lower-stakes example, Stancil said he’d discovered he’d been paying for an Xbox Live subscription for several years after he no longer had an Xbox.

“Instead of this giant overt scam, what you have is more of this death by a thousand cuts, where they bleed you dry with a little trickle here and there,” Stancil said.

“A lot of the worst instances of this sort of stuff—not the worst, but the scammiest—are things that don’t cost that much. If you charge someone charging $1,000 a month to their bank account, they’ll figure out what that is. I’ll cancel that. If I have to go to court, I’ll do it. But if someone charged me $15 a month, it’s really easy to think, ‘Well, that’s bad. I’ll get around to it.’ And it looks a little complicated, and then I just forget about it, and they get another $150 out of me.” he said.

The difficulty of canceling gym memberships is an “almost an iconic problem that’s been memorialized in one of the most famous sitcoms in American TV history,” New York Senator Brad Hoylman told VICE, referencing a 1997 Friends episode, “The One With the Ballroom Dancing,” in which Chandler experiences the difficulty of cancelling a gym membership. Hoylman first introduced legislation to address subscription-based services in 2013, and it was finally signed into law last year. Senate Bill S1475A “prohibits certain practices by businesses making an automatic renewal or continuous service offer to consumers in the state.” The goal of the legislation is to ” to end the practice of ongoing charging of consumer credit or debit cards or third party payment accounts without the consumers’ explicit consent for ongoing shipments of a product or ongoing deliveries of service.”

Senator Hoylman mentioned two of his constituents in particular, Penny and Steve August, an 80-year-old and 92-year-old couple who were told they’d need to visit a gym in-person to cancel their membership.

“These folks who were older New Yorkers, during the height of the pandemic, tried to cancel their membership, and risked their health taking public transportation going into an office building, and canceling the membership in person. It’s unacceptable,” Hoylman said.

“In response to this new legislation in NY, Blink is now offering all members the ability to request cancellation of their membership online and by email,” a spokesperson for Blink Fitness told VICE. Members who cancelled would still be subject to a 45-day “notice period” in which they would pay for and still have access to the gym, and a potential “buyout fee.” Exceptions to the standard policy are made for members who move more than 25 miles from a Blink Fitness location, members with a physical disability, and members who die.

In an exchange of direct messages, a representative for Blink Fitness told me I could use a doctor’s note advising that I avoid the gym to decrease my risk of COVID-19. However, when I reached out to confirm, a Blink spokesperson said the doctor’s note would have to mention a physical disability in addition to my risk of contracting COVID-19, in order to receive a medical cancellation.

“Hopefully this bill facilitates their ability to cancel online in a more convenient fashion. And moving forward, there’s going to be greater transparency around these types of automatic renewal or continuous service schemes. I hope it’s helpful. We may have to do more, because I don’t think the problem of deceptive practices perpetrated on consumers is going anywhere, anytime soon,” Hoylman said.

Fri Jan 22 , 2021
Now that a COVID-19 vaccine is here, many people are starting to let their guard down and returning to all of their regular pre-COVID places and activities. However, until the country has achieved herd immunity—which isn’t likely to happen until at least the fall, according to Dr. Anthony Fauci, the […] 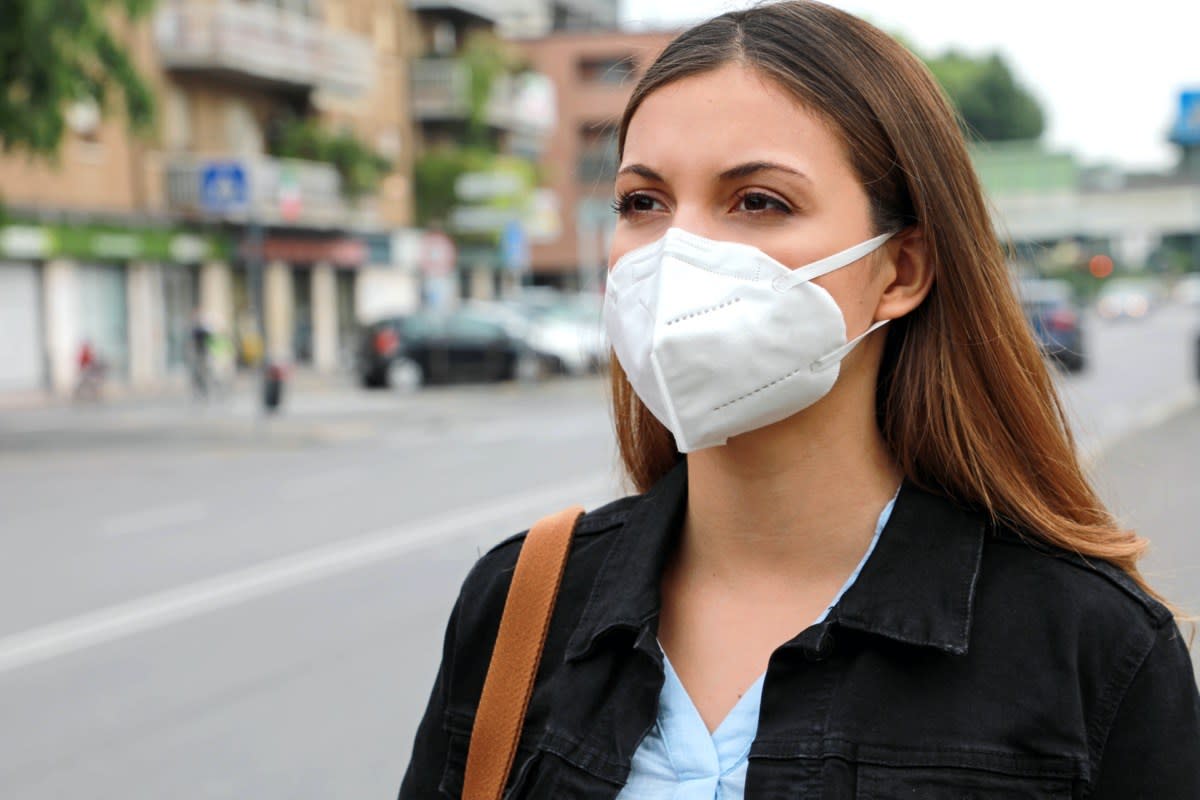