The busiest shopping day of the year has been waning for a while, but did the COVID-19 pandemic finally bring it to an end?

Though leaders at the University of Iowa’s hospital system have stressed the importance of people not mingling outside of their immediate household this holiday season, there will doubtlessly still be gift-giving for the coming holidays.

Much of this seasonal shopping can be done locally. Not only are many local businesses by now familiar with socially distanced operation, but the Downtown Iowa City Holiday Market also has offered another avenue for shoppers.

The Holiday Market currently includes dozens of downtown businesses and provides free delivery for many of those that typically would not be able to offer such a service.

“Our retailers really love it,” said Betsy Potter, the director of operations with the Iowa City Downtown District. “We’re getting packages out pretty quickly, we like to say we’re one of the fastest deliveries in town.”

The program is now in its twelfth week of operation, having launched in September to make sure that, when the holiday season rolled around, staff were prepared to handle the influx in orders.

So far, most orders have been delivered same-day, according to Potter, with the service expected to be available until at least the end of December every week Monday through Friday.

Sponsored by Toyota of Iowa City and Midwest One Bank, the area of delivery includes Iowa City, Coralville, North Liberty, Solon, Tiffin and West Branch with delivery to Marion and Cedar Rapids available on Fridays.

For those who can’t find what they need from local vendors, there are some options for Black Friday items in person this year.

ICDD’s new Holiday Campaign: Project Better Together wraps up ‘Holding Our Own’ campaign with more plans in the works

Target, for example, is offering more drive-up shopping spots, allowing customers to shop from the Target app on their phones and have items brought to their cars.

The retailer has expanded the items included for same-day services to included more clothing and grocery items.

According to the retailer, its drive-up option has improved social distancing options. “Now, guests simply show their app to team members through their car window, with a personal identification number visible to confirm the order,” reads a release from the store.

Those who were around for Black Friday 2006 will remember instances of stampedes and fighting often attributed to items such as the then-new PS3 and Wii video game consoles. This year’s global pandemic has managed to make the concept of such an incident even more unappealing.

Though in-person Black Friday sales have decreased in recent years, making incidents like this, perhaps, less common, Best Buy stores are an example of a distributor taking an extra step to avoid it this year.

“In order to limit the number of people in stores and avoid lines outside our stores, we are only selling this year’s new, highly anticipated gaming consoles (online),” reads a release from the retailer, alluding to the Xbox Series X and PlayStation 5. “We also invited customers to schedule appointments to pick up their pre-ordered devices in stores, including before store hours, to avoid lines or large groups in our stores.”

Low supply and high demand for these two consoles and has caused online sales to become difficult to nab. The consoles range in price from $300 to $500, though scalpers on sites like eBay have been price gouging with price tags of $1000 and higher.

Furthermore, many retailers are spreading their deals — online and in-person — over the course of days or weeks this year. Walmart, for example, has been doing “Black Friday as events” since the start of the month, culminating with the day itself this Friday.

Isaac Hamlet covers arts, entertainment and culture at the Press-Citizen. Reach him at [email protected] or (319)-688-4247, follow him on Twitter @IsaacHamlet.

Tue Nov 24 , 2020
WINK NEWS Many people would likely agree the prices for prescription medications are too high. A potentially affordable option is making itself available to people near and far and could make filling your prescriptions a bit easier. Amazon has officially entered the pharmacy game, and it’s delivering prescriptions to […] 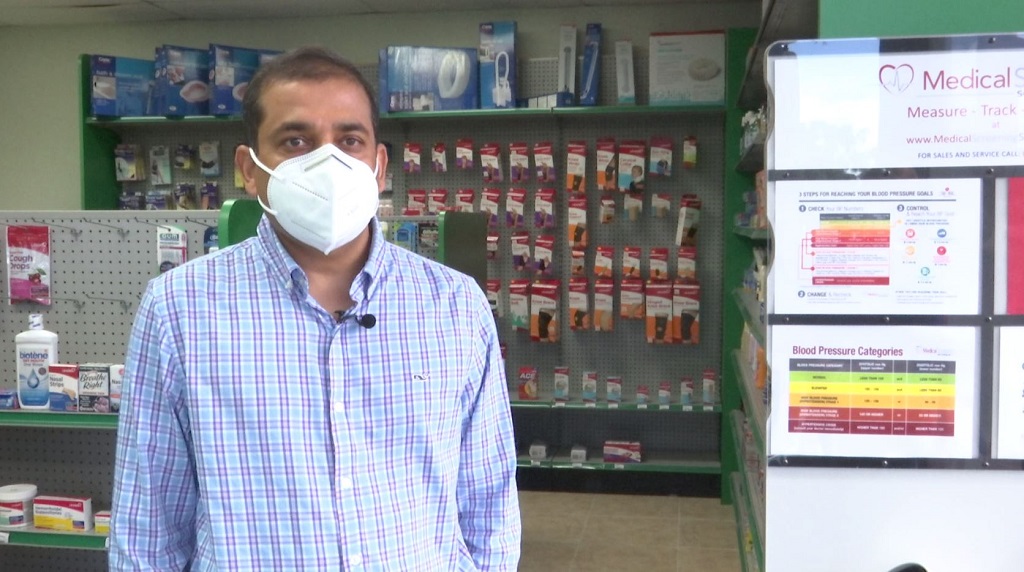