President Joe Biden’s administration for the first time Monday made vaccines mandatory for certain federal workers, a significant shift toward requiring shots as the country endures another surge in Covid-19 cases.

At the same time, administration lawyers have prepared a legal opinion that could pave the way for further federal agencies or businesses to require vaccines among their employees — another indication that after months of struggle to vaccine hesitant Americans, the White House is looking to more aggressive steps to inoculate the country.

Speaking from the Oval Office, Biden said physicians working for the Department of Veterans Affairs would be required to receive vaccinations. The agency said the list of workers who will be required to get shots also includes dentists, podiatrists, optometrists, registered nurses and physician assistants. They will have eight weeks to get inoculated.

It was a major step in the direction of mandating vaccines that, until now, Biden and his team had appeared reluctant to take. Under pressure to take more aggressive steps to contain the spread of the virus, which is ripping through communities where vaccination rates are low, the White House for the first time offered encouragement to entities calling for vaccine requirements.

“Veterans Affairs is going to, in fact, require that all doctors working in facilities are going to have to be vaccinated,” Biden said in the Oval Office, where he was meeting with Iraq’s prime minister.

Biden and his team are confronting a new rise in Covid-19 cases, fueled by the spread of the highly contagious Delta variant and a sizable portion of Americans who have not been vaccinated. Conversations are underway among the President’s health team about new mask guidelines. And he has faced pressure to endorse vaccine mandates at workplaces or public settings.

The White House had consistently said those decisions will be left to individual states or private businesses. But as concerns grow about the number of Americans who have resisted vaccines, officials have edged closer to supporting a requirement for some workers.

The administration’s decision to require vaccines for VA health workers provided a powerful signal that vaccine requirements could be necessary to convince the still-hesitant to get their shots.

Furthering the case for vaccine mandates, the administration is also taking steps to spell out the legal grounds upon which American entities can require employees to get shots.

Justice Department lawyers have determined that federal law doesn’t prohibit public agencies and private businesses from requiring Covid-19 vaccines, even if the vaccines have only been approved for use under emergency authorization, according to an opinion posted online Monday.

The opinion from the department’s Office of Legal Counsel — dated July 6, but released publicly Monday — paves the way for more federal agencies and businesses to require vaccinations following the Veterans Affairs announcement about frontline health workers.

In recent weeks, Justice Department officials have been weighing requests from private businesses and federal agencies seeking legal backing for policies aimed at encouraging vaccinations, according to people briefed on the matter.

While limited for now to one agency’s health care workers, the Veterans Affairs decision sets what could be a path toward requiring vaccines among other federal employees.

“We’re mandating vaccines for Title 38 employees because it’s the best way to keep Veterans safe, especially as the Delta variant spreads across the country,” Secretary of Veterans Affairs Denis McDonough said in a news release. “Whenever a Veteran or VA employee sets foot in a VA facility, they deserve to know that we have done everything in our power to protect them from COVID-19. With this mandate, we can once again make — and keep — that fundamental promise.”

The VA said four employees had recently died of Covid-19, all of whom had been unvaccinated — and at least three of those deaths were due to the Delta variant. Employees will receive four hours of paid administrative leave after demonstrating they have been vaccinated and each employee has eight weeks to get their shots. The New York Times was first to report on the move.

Earlier Monday, a collection of medical groups representing doctors, nurses and pharmacists called for mandatory vaccinations for US health care workers, writing, “The health and safety of U.S. workers, families, communities, and the nation depends on it.”

“These actions, in our view, are meant to keep patients and employees safe, and in fact I expect our own federal health care providers may look at similar requirements, as they do with other vaccines,” she said.

Asked whether such requirements could help improve vaccination rates, Psaki said they could.

“It may,” she said. “And beyond the President’s goals, it may save lives, and that’s the most important factor, in our view.”

Earlier in the pandemic, Biden’s team rejected the idea of vaccine passports and have appeared wary of steps that would require individuals to provide proof of vaccination.

That stands in contrast to leaders like France’s Emmanuel Macron, who is trying to coerce his population into getting vaccinated by making life extraordinarily difficult for those who don’t. His announcement that proof of vaccination will be required for most indoor public venues — including cafés — spurred angry protests but also a major surge in vaccination appointments.

Monday’s announcement is one step in the direction of requiring vaccines, but Biden’s powers to mandate shots among the wider public is limited. He could make them compulsory for members of the military but hasn’t taken that step yet, as the three vaccines currently authorized for emergency use in the United States await full approval by the US Food and Drug Administration.

The White House itself has not required vaccines for its workers and hasn’t revealed the vaccination rate among employees there. For large-scale events, like this month’s July Fourth party on the South Lawn, proof of vaccination was not a requirement for entry.

Other federal health officials have been more outspoken about requiring vaccines. Dr. Anthony Fauci, director of the National Institute of Allergy and Infectious Diseases, said on CNN this month that requirements would become increasingly necessary.

“I have been of this opinion, and I remain of that opinion, that I do believe at the local level, there should be more mandates. There really should be,” he said.

A number of Republicans, however, have resisted any attempt to make the vaccine necessary. And like mask guidelines and restrictions on gatherings, the issue has turned into a political flash point.

Asked in the Rose Garden on Monday whether he is confident that those who remain unvaccinated will ultimately get shots, Biden said simply: “We have to.”

Tue Jul 27 , 2021
Young Man Dies After Chronicling His Battle with COVID and His Vaccination Hesitancy Ben Hasty/MediaNews Group/Reading Eagle via Getty Vaccine California, New York City and the Department of Veteran Affairs (VA) announced COVID-19 vaccination requirements for their employees on Monday. For California and New York City, employees who do not […] 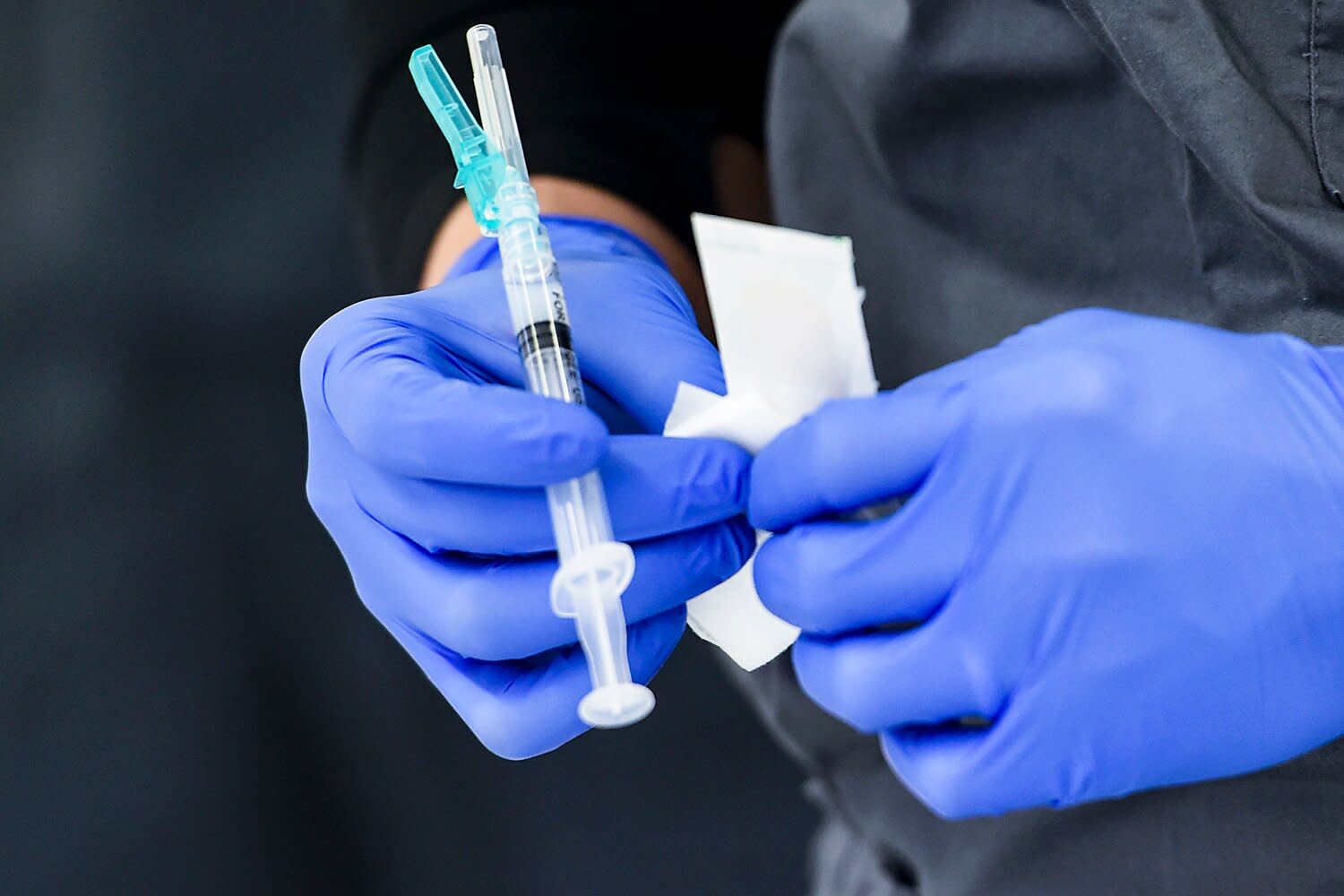