The days of Army drill sergeants surrounding a recruit and screaming threateningly in their face, “Full Metal Jacket” style, are officially over. While the pandemic hastened this shift, it had been in the works for some time, the Army’s Infantry School said.

There’s “a lot more reliance on the individual to act in a way that’s consistent with our values,” says Richard Lacquement, research professor and former dean of the Strategic Studies Institute at the U.S. Army War College.

To prepare soldiers for that, boot camp now focuses more on trust than intimidation. Critics worry that the result will be a military gone soft. But the Army says the result is stronger soldiers who are better prepared to fight today’s wars.

For Sgt. 1st Class Cynthia Velarde, picking up the new recruits on their first day of basic training was her favorite part of the job. “You’re the first NCO [noncommissioned officer] that those soldiers will see. You have the potential to leave a lasting impression on them for the rest of their careers.”

There was the night privates in their bunks were doing impressions of their drill sergeant, and he overheard them.

He marched the new recruits outside and “smoked us” for 3 1/2 hours. “He was yelling something like, ‘Humor leads to communism, communism leads to evil.” We were like, ‘What’s he talking about?’ Was he joking? I still don’t know.”

There was the time, too, the drill sergeant convinced recruits they were due an evening of relaxation, with a big spaghetti dinner and movies. “We ate and ate, then he took us outside and PT’d us” – physical training in military parlance – “until everyone threw up. He got into a little trouble for that,” Mr. Dalman recalls, reflecting, “It was a little bit abusive.”

Mr. Dalman’s experience inspired him to post online tips for new recruits, alerting them to the fabled “shark attack,” in which “sometimes half a dozen drill sergeants will gang up on you and be absolutely relentless. Some people will cry.”

“DO NOT make eye contact,” he implores. “Get used to staring off a thousand miles into the distance. This is your safe spot!”

Today, the shark attack is no more. The Army’s storied Infantry School at Fort Benning, Georgia, announced in September that it was ending the attacks, a move military officials say had been in the works for some time – but was hastened along by the inadvisability of yelling in people’s faces during a pandemic.

This recognition is one of several shifts in strategic thinking about how to more effectively prepare soldiers for combat that the Army has put on display in recent months, including promoting “naps to restore wakefulness,” in a newly updated fitness training manual that also encourages journaling and reflecting on the “interconnectedness of all things and people.”

Derided by some critics as evidence that the military has gone soft, defense officials say these moves mark a recognition that wars have changed – and so have the troops fighting them. The military’s new measures will actually build stronger soldiers, they add, and better prepare them for the intellectual and moral challenges they now face.

“People with Smokey the Bear hats yelling at you – none of the things in the shark attack are setting an example of anything you’d ever want to instill in terms of leadership. It’s the opposite of what you’re trying to instill,” says retired Gen. David Barno, former commander of U.S. forces in Afghanistan and co-author with Nora Bensahel of “Adaptation Under Fire: How Militaries Change in Wartime.”

In a video announcing the change, Command Sgt. Maj. Robert Fortenberry explained, “The cornerstones of the event were to establish dominance and authority using intimidation and fear. Drill sergeants were charged with assessing the trainees’ ability to handle stress, singling out perceived undesirables by enveloping them in a manner that emulated a shark attack,” he said. “This activity, however, does not instill the spirit of the infantry. It betrays the innate trust between teammates – and worse, betrays the crucial bond of trust with our leaders.”

Historically, it was generally agreed that “all a soldier had to do was march straight and shoot a rifle,” says Richard Lacquement, research professor and former dean of the Strategic Studies Institute at the U.S. Army War College. Today’s troops routinely use computers, radios, and drones at remote outposts that require them to be more technologically adept and make quick decisions. “It’s an evolution of our expectation for enlisted personnel, how much we rely on them today to be intellectually capable and morally fit.”

The morally fit piece has come into sharp relief after nearly 20 years of fighting in Iraq and Afghanistan, where troops in combat have been more spread out, placing “a lot more reliance on the individual to act in a way that’s consistent with our values,” Mr. Lacquement says. The question becomes, “Can I trust them to do the right thing? And it’s harder to trust them if they don’t trust you.”

The new basic training model aims to build that confidence with training exercises that will emphasize “belief in one’s self, belief in your teammates, and a belief in the leaders with whom they serve,” Command Sgt. Major Fortenberry said.

Instead of barking at new recruits scrambling off buses, for example, drill sergeants will formally introduce themselves and quiz soldiers on facts they’re expected to memorize about the infantry. It’s part of an effort, he explained, to help new soldiers “realize this journey in the infantry is one that we’ll never take alone, and it is defined by leaders’ willingness to share in the hardship.”

This has long been the approach to the education of officers, if not enlisted service members. When he was a plebe at West Point in 1980, Mr. Lacquement and his fellow students were expected to memorize word-for-word Maj. Gen. John Schofield’s 1879 address to the military academy: “The discipline which makes the soldiers of a free country reliable in battle is not to be gained by harsh or tyrannical treatment. On the contrary, such treatment is far more likely to destroy than to make an army,” he warned the Corps of Cadets. “It is possible to impart instruction and to give commands in such a manner and such a tone of voice to inspire in the soldier no feeling but an intense desire to obey.”

“That made perfect sense to me as a cadet,” Mr. Lacquement says. “They were tough on us, they critiqued us, but no one ever laid a hand on me. The stress came from trying to perform up to their expectation.” It is perhaps past time that the officer model of training is carried over into the enlisted ranks as well, he adds.

A new kind of drill sergeant

The new basic training model builds on a belief that has become increasingly pronounced in the post-Vietnam era, when the thinking was that while draftees had to be coerced, volunteers needed to be persuaded. The stereotypical “Full Metal Jacket” drill sergeants were working with conscripts who were unwilling to be in the military from the beginning, notes General Barno. In the modern Army, “Recruits have gone through a lot of wickets just to show up on the first day of basic training,” he says. “The Army has worked hard to get these folks in there. You want them to succeed.”

For Sgt. 1st Class Cynthia Velarde, picking up the new recruits on their first day of basic training was her favorite part of the job. “You’re the first NCO [noncommissioned officer] that those soldiers will see. You have the potential to leave a lasting impression on them for the rest of their careers,” she says. “By the last day, maybe the kid who could barely pick up a bag or barely do a pushup or never fired a weapon is confident to do that, or the ones who wanted to come in the Army and be pushed, physically pushed, are out there rucking for 10 miles.”

Get the Monitor Stories you care about delivered to your inbox.

She recalls eating in the mess hall when one former trainee approached her just to say that she had been his senior drill sergeant years earlier. “He was standing at parade rest. You run into these kids and they give you the customs and courtesies that we teach them over and over for weeks. The way you carry yourself – they don’t forget it.”

That said, the new changes don’t preclude the occasional lambasting, particularly when lives are on the line. “Does leadership mean we have to yell at people? No,” Sergeant Velarde says, pausing. “I mean, sometimes you do have to yell at them. You do. I don’t think it’s demeaning if you yell at an individual when you’ve told them five times that maybe you need to point your muzzle in a safe direction. There’s going to be yelling after that.”

Thu Oct 8 , 2020
Text size An Eli Lilly & Co. logo is seen on a box of Humulin brand insulin medication Daniel Acker/Bloomberg Among the Covid-19 treatments given to President Trump last weekend was a cocktail of antibodies against the coronavirus, from Regeneron Pharmaceuticals. On Wednesday, Eli Lilly announced that it, too, has […] 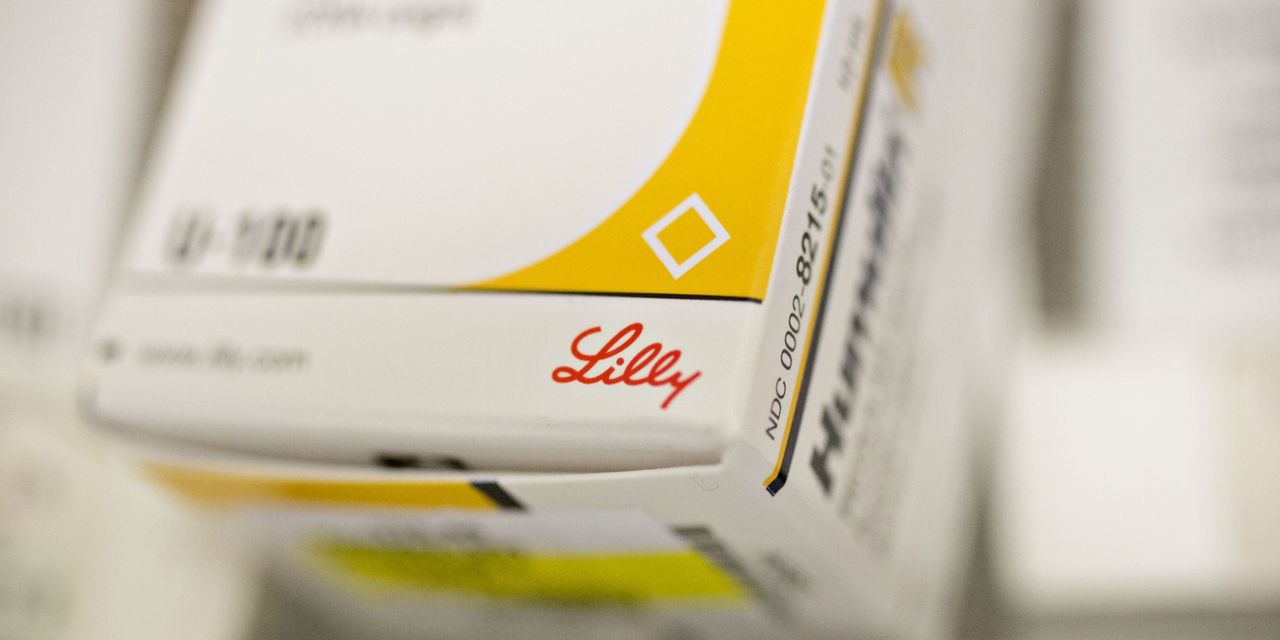