Peyton and Lockie Wade recently moved back to Memphis from Nashville and bought their first home as a married couple. Peyton is a financial advisor at Duncan Williams Asset Management and Lockie is manager of the First Horizon Foundation. In settling back in Lockie’s hometown the couple had the advantage of already being familiar with many of the different parts of the city.

“We knew that we wanted to live in East Memphis,” said Lockie. “I grew up in High Point Terrace and always loved that area. We wanted a home that had an open and updated kitchen, a separate living room and den, and a fenced backyard with a deck. We also wanted a garage and a good amount of storage space.”

Peyton and Lockie called on Hugh Mallory, an agent with Marx-Bensdorf Realtors to help with their house hunt. With Mallory’s guidance, the couple looked at 10-plus properties, and even more online.

“I’ve known Lockie since she was a little girl because our families went to the same church, St. John’s Episcopal,” explained Mallory. “When I heard that she and her husband were planning to move back to Memphis, I gave her a call and told her that I would love to help them find a house whenever they were ready. Not long after that, Lockie called and said they wanted to start looking around. We began our search online. It really helped that they had a clear idea of what they were looking for in their first home. We started our search in January 2020 and found the house that became their home and went under contract, in March. The previous owners had bought another home but couldn’t occupy it for several months, so we put a contract on the house and allowed the previous owners to rent it back until they could make their move.”

When a previous owner remodeled the home, the former kitchen became the butler’s pantry. (Photo: Craig Collier for CommercialAppeal.com)

“We found what we were looking for in a 1947 traditional, painted brick home in the High Point Terrace neighborhood,” recalled Lockie. “We immediately knew this house was the one for us. The house was move-in ready. It had been professionally renovated by one of the home’s previous owner who was a designer. Aesthetically, the updates included designer light fixtures and LED recessed fixtures, as well as upgrading the kitchen with new quartz and granite countertops, custom cabinetry, and adding new stainless steel appliances, including a double oven, a built-in microwave and a counter depth refrigerator. There was also a butler’s pantry and a separate laundry area.”

“Additional upgrades included a new architectural roof, new exterior wood doors, new insulated windows and new landscaping,” added Peyton. “It all added up to everything we had wanted to have in our first home — and more. And, with so many things being new, we don’t expect to have the usual maintenance associated with owning a home from the 1940s.”

The kitchen has several upgrades that were added by a previous owner; quartz and granite countertops, custom cabinetry, and stainless steel appliances. (Photo: Craig Collier for CommercialAppeal.com)

With more than 1,700 square feet of living space, including three bedrooms and two full bathrooms, the Wades paid $372,000 for their new home. Peyton and Lockie said their only plans for changes in the future are to update the bathrooms, eventually, and add some built-ins in one of the bedrooms.

The living room has a bright and airy feel to it. (Photo: Craig Collier for CommercialAppeal.com)

As for living in High Point Terrace, they got what they wanted — a family-oriented neighborhood.

“The Greenline runs through the middle of our neighborhood, so people are always out walking or riding bikes,” said Lockie. “The area feels very secure, in terms of overall safety. We like that there are young professionals just starting out mixed with more established families that moved to the area years ago. Many of the houses have been renovated too, like ours, yet retain their original charm.”

The den sits just a few steps from the kitchen and is designed with comfort in mind. (Photo: Craig Collier for CommercialAppeal.com)

“We also like how the neighborhood is self-contained, in terms of having its own grocery store, pizza place, pub and a local restaurant,” said Peyton. “There’s also a cleaners, a barber shop and salon, and even a dentist office — all within a few blocks. And High Point Terrace is located right in the heart of the city. Within minutes you can get to Midtown and Downtown, the University of Memphis area or even the suburbs. We’re very close to everything we need or do.”

Emily Adams Keplinger is a freelance reporter who produced this feature for the Advertising Department.

Moms Fired During the Pandemic Sue Their Former Employers

Thu Mar 4 , 2021
When Lauren Martinez arrived home after work to find her teenage daughter feverish and vomiting, she knew her pandemic plans were about to fall apart. It was May 2020 and her day care had closed, so Martinez, an assistant office manager at a dentist’s office in Florida, had been rely­ing […] 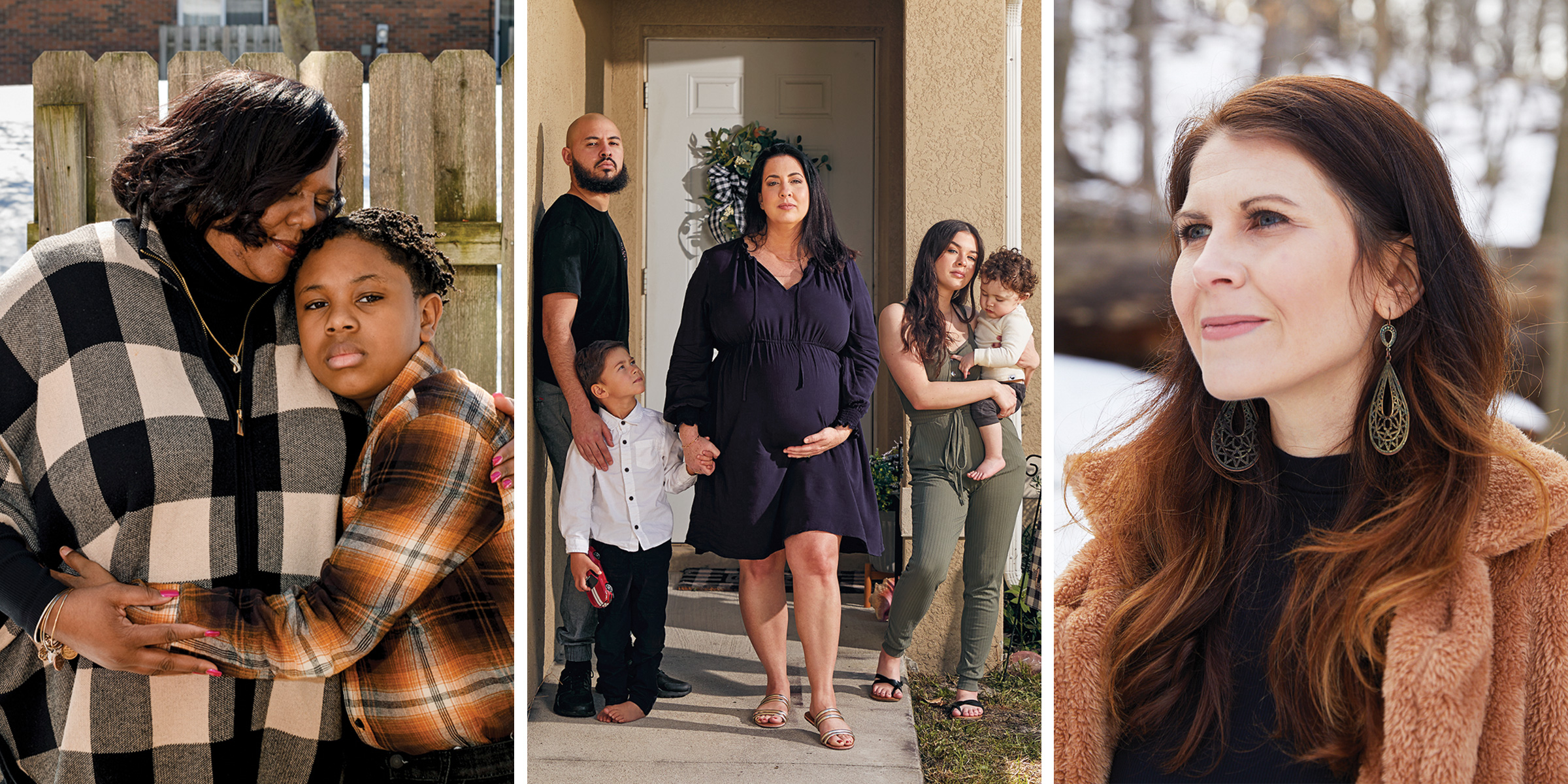