The number of confirmed coronavirus cases in India crossed one million today, meaning the country now has the third highest infection rate in the world behind only Brazil and the U.S.. That compounded news earlier this week that Bollywood megastar Amitabh Bachchan, and his family, had tested positive for the virus and were being admitted to hospital for treatment.

The headlines paint a depressing picture but the country’s film and TV executives remain optimistic that its gargantuan screen industry will evolve, adapt and overcome the challenges in front of it. Deadline has tracked the situation in the country over the past weeks through interviews with high-profile film professionals including Boney Kapoor, Vikram Malhotra, Abhishek Bachchan and Siddharth Roy Kapur, all of whom have been soldiering on despite the near-complete production shutdown and ongoing cinema closures.

This week I checked in with two high-profile executives – Vibha Chopra, head of international film distribution at ZEE Entertainment and Vikram Mehra, MD of music major Saregama who oversees its production arm Yoodlee Films – to hear how they are riding out the pandemic and finding inventive ways to keep business rolling in this tricky period.

Mehra’s Yoodlee Films has found itself in the fortuitous (some would say prescient) position of being an already established producer for streaming services.

During this period, the likes of Netflix, Amazon and Disney+ Hotstar, all of which had already been making major moves into the Indian market for some time, have doubled-down on efforts to acquire and launch exclusive, high-end Indian content on their services.

Hotstar, recently rebranded to include the Disney+ moniker, is well established with 8 million+ paying subscribers and far more signed up to ad-supported free tiers. The service launched Disney+ Hotstar Multiplex in late June to cater to audiences missing the big screen experience and has lined up the premieres of seven high-profile movies, including Laxmmi Bomb starring Akshay Kumar and Kiara Advani, after its theatrical run was cancelled by the lockdown.

Amazon similarly made waves when in May it moved to acquire the Amitabh Bachchan and Ayushmann Khurrana comedy Gulabo Sitabo, which was expected to be a major theatrical release, and six other titles exclusively for its platform. Netflix was understood to be making similar moves and recently unveiled eight new films and series that are heading directly to its service.

“This is a good time for content and IP owners,” comments Mehra. “There are more people staying at home and consumption is going through the roof.”

In the last 2.5 years, Yoodlee has licensed 13 features to debut on streaming platforms, 10 to Netflix and three to Disney+ Hotstar. That number must make the company one of the most prolific providers of direct-to-online content in a marketplace where theatrical has been (until the closures) too lucrative to ignore.

Mehra explains that his company saw an opportunity to break the mould and produce different types of content with lower budgets, which could make streaming deals instantly profitable without the need for a theatrical element.

“We realized there was a gap sitting out there in Bollywood,” says the executive. “Bollywood is all about escapist cinema, which does very well with a particular age group, but a younger crowd that has been more exposed to Hollywood content were also asking for more realistic cinema. We stepped into that gap. It gives me the flexibility to make sure I’m true to the story but can still make money even if the film is not released in theaters.”

Yoodlee’s smaller budget, story-led films have proved popular online, with the two that have debuted during the pandemic – Axone and Chaman Bahaar – reaching the number one and two spots on Netflix in India during their releases. It’s no surprise then, that the streamer has been coming to the company looking to acquire further content.

However, Mehra says he is holding back one of his titles, Habaddi, which is about a child with a stammer, as the company is “very keen to do a theatrical release” on that particular project.

Of course, the absence of production in the country is making the streaming conversation trickier. Some smaller TV production has been rolling in recent weeks, but films are on the whole still closed shops. Mehra, however, reveals that he resumed filming on a feature film on July 15. The project, which he is keeping details of secret for now, is already lined up with a streaming service.

“We are taking every possible safety precaution,” he outlines. “We test everyone before they come on set, all crew wear PPE apart from actors, and we do regular testing of oxygen levels and temperature checks. We have a full time COVID inspector. We are also limiting the number of people on set to 30, with everyone else on an adjoining set.”

The company also has a second feature set to hit the floor at the end of this month, he says, all being well.

“We are improvising. Are these perfect plans? No. But some solutions are better than none. We are realizing now that a lot of cost that was going on was not adding value, and those have been eradicated. I think some of these changes will become permanent,” he adds.

Over at Zee Entertainment, which works across production and distribution, Vibha Chopra has also been having conversations with streaming services. The company has recently struck a deal for Gunjan Saxena – The Kargil Girl to premiere on Netflix.

“We had originally planned a theatrical release, but we don’t know when theaters are going to open up,” says Chopra. There had been hopes that this month might see some re-openings, but that is looking extremely unlikely and the exec says it could be September or October before we do see progress.

“We made this film with a lot of love and we were really hoping for it to come out in theaters but these are times when you have to decide whether you want to wait, or you want people to see good content,” she adds. “Our organization decided we would like people to enjoy the movie.”

At the moment, Zee is holding back the rest of its releases for theatrical, but Chopra notes that this is an evolving situation and they will only releases movies when it is safe to do so.

The exec has been focused on the company’s international strategy, which has involved re-releasing popular titles in markets that have managed to re-open some cinemas, including Dubai, Sri Lanka, Canada, and even the U.S. where they are targeting drive-ins in Texas and California.

On the production side, Zee is co-producing the $25M sports film Maidaan with Boney Kapoor. Speaking to us last month, Kapoor revealed that the team had been forced to dismantle an enormous purpose-built set for the ambitious project, with international crew and talent sent home. Even once the production gets the green light to resume, it will take months to rebuild the 16-acre site. As a result, the pic has now been dated for a theatrical bow on August 13, 2021, to give the team some breathing room.

The exec makes an interesting point about the recent Bachchan news, and the impact that has had on the Indian population.

“Amitabh is really meticulous, him and his entire family. Their infections show that the virus really doesn’t differentiate and it can affect anybody,” she says. “It’s different than Tom Hanks because people have been living with the virus for a while now, but Bachchan’s recovery will give people further resolve and take away some of the taboos towards people who are suffering with the virus. People in India still are very scared to talk about it.”

Reopening Schools Is Critical. Teachers Should Do More to Help.

Fri Jul 17 , 2020
(Bloomberg Opinion) — When the Los Angeles Unified School District announced on Monday that it will not resume any in-person instruction this fall, it was a political victory for teachers and a defeat for families, science and opportunity for all. The teachers’ union opposed reopening schools amid the continuing rise […] 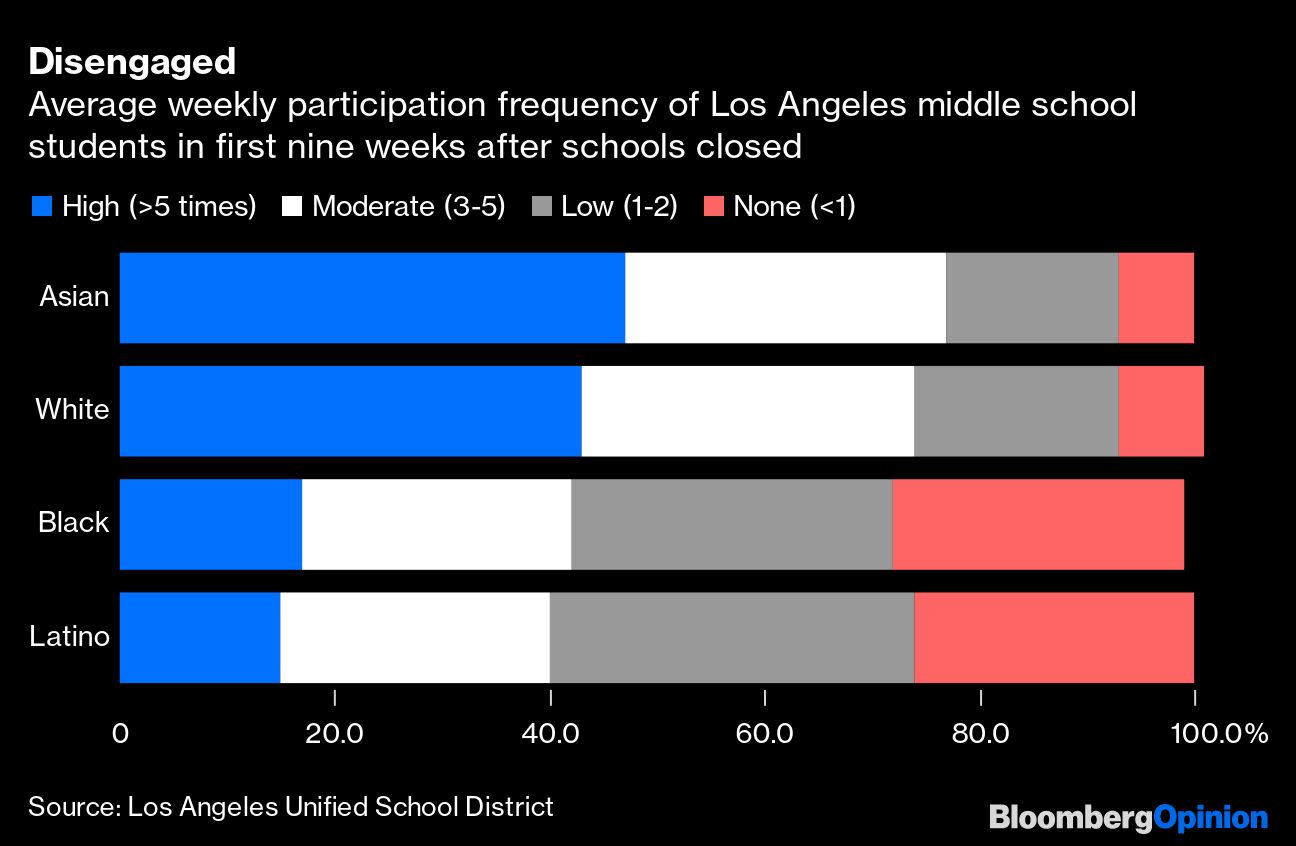