The 23-year-old piled on 17lbs during the pandemic, but has slimmed down to show off her body in the barely-there blue swimwear.

In new snaps exclusive to The Sun, Amber flaunts her sizzling figure as she poses in the tiny bikini and a pair of clear heels.

The reality star’s toned abs are on display in the skimpy two-piece, which features string-tied thong bottoms and a halter top to accentuate her curves.

Amber doesn’t shy away from showing off her perky posterior – which she is pleased to have kept despite the weight loss – by gently placing her hands on her hips.

Looking every inch a natural beauty, the Love Island winner kept her hair pined back and make-up minimal to draw focus to her incredible body.

Previously, Amber took to Instagram to share before and after snaps of her weight loss, telling fans: “I lost my lockdown weight”.

The star detailed how she had put on more than a stone during the first national lockdown last March, and had continued to lose control of her body during the pandemic.

Taking things back into her own hands, she explained: “I didn’t really intend on losing a load of weight, just wanted to start feeling better.

“By no means do I think I was ‘fat’, but I wasn’t being as healthy and mindful as usual and right now I feel so much better within myself.

“I used to think that line ‘lose a stone in 6 weeks’ was all lies but that’s exactly what I did, and a little bit extra.”

She cheekily joked over the pictures: “More importantly, I kept my bum!”

Starting her own fitness plan Amber Flexx last week, Amber revealed that she didn’t expect fitness to have such an effect on her “mental health”.

“When I started working out and eating right again I didn’t realise the effect it would have on my whole life, not just my mental health,” she explained.

“My skin, my hair, everything started improving. I’m pretty sure it even helped clear my psoriasis. Honestly I feel so much better for it.”

Speaking of her launch, a source close to the star told The Sun Online that Amber is thrilled to have inspired fellow curvy girls to get fit.

“She’s already the first female celebrity of colour to bring out a fitness platform in a decade,” the source revealed.

“It’s now on track to be by far the most successful new fitness platform of the year, massively exceeding her expectations.

“She’s been open about how she personally lost a stone from it but what she’s most pleased about is the amount of curvy girls who have messaged saying they’re enjoying the workouts.

“Amber really wants to inspire a new generation of women to get involved in fitness who’ve previously been put off by thinking you need an 8 pack of bulging biceps to join in.”

Amber’s incredible weight loss came after she spoke with The Sun about being trolled on TikTok about her body.

BEN THERE, DONE THAT

Jed Duggar, 22, moves out of bachelor pad and back into parents’ Arkansas home

“Whether we look too big or too small or we’re too skinny, people have way too much to say on women’s weight,” she said of the online attacks.

“And it’s like, stop! I’m a confident person but seeing people saying: ‘God, she’s put on a lot of weight!’ and: ‘What the hell’s happened to Amber?’ was not nice.

“Why do people feel entitled to do that? Especially on TikTok where I’m just doing funny dances and putting out content to make people happy.

“This year, people are going through their own battles and we have no idea what is going on behind closed doors, so why not just be nice?”

5 Ideas From Experts to Speed Up the Vaccine Rollout

Mon Jan 18 , 2021
It has been just over a month since the U.S. began the most sweeping mass vaccination campaign in its history, and progress is already lagging far behind what federal officials had projected. That problem will soon fall to president-elect Biden, who said on Thursday that the vaccine rollout had so […] 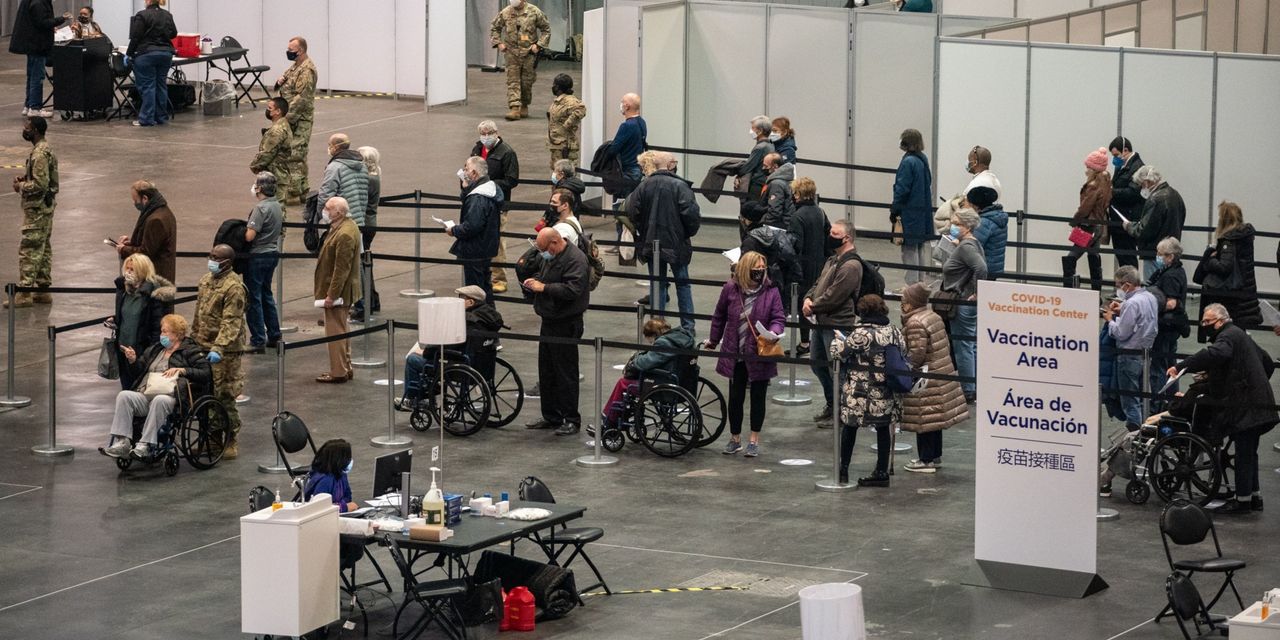