Dr. Douglas Laflan, a Kearney native who earned his medical degree from the University of Nebraska College of Medicine in Omaha, didn’t envision practicing medicine in a rural area for more than three or four years. But, he said, “marriage and mortgage” have kept him in southern Knox County for five decades and counting.

The 78-year-old doctor specializes in family medicine and operates under the roof of Laflan Medical Clinic with his daughter Lindsay in downtown Creighton. The two are the go-to sources for checkups in immunization, heartburn, indigestion and more in the town of 1,200 people.

Laflan was born and raised in Kearney and graduated from Kearney High School in 1960. He doesn’t know when he started developing an interest in medicine, but trips to the dentist with his father, as well as witnessing his mother fall ill with leukemia, helped Laflan know that medicine is what he wanted to practice.

He also had earned a job at a Kearney hospital out of high school and worked in and around the emergency room, piquing his medical curiosity.

Laflan enrolled at Kearney State College at the time to pursue a pre-medical degree. After a couple years in college, he opted to move to Los Angeles and work with a friend who had helped get him a job in that area.

But it was shortly thereafter that Laflan’s mother received a leukemia diagnosis and Laflan returned home to help care for her. His mother’s fatal diagnosis, combined with the physical demand of the work he had been doing in California, triggered Laflan’s decision to stay in Kearney and resume his pursuit of a degree.

“There was a lot happening for me at that time. My mother passed from cancer, and I was starting to deal with some problems related to arthritis,” he told the Norfolk Daily News. “So I had to take a step back from some things and decided to finish school.”

After earning his bachelor’s degree from Kearney State, Laflan applied for medical school. He wasn’t accepted the first time he applied because of deficient results in mathematical categories. Math was never hard for him, he said, but it was simply a lot of work.

“There was a saying we used to go by back then that the most difficult part of medical school was getting in,” he said.

Laflan’s second attempt at medical school acceptance was successful. He wanted to enter a surgical residency program, but life simply got in the way of that dream, he said.

So Laflan hunted down a doctorate degree in family medicine, which he earned in 1970.

Laflan’s studies coincided with the Vietnam War, and he twice was “greeted by Uncle Sam” to serve in the war, he said. But because of his joint aches and pains, Laflan failed both physical exams he took in consecutive years in the late 1960s.

But the military took 22 doctors out of Nebraska that year, and Laflan was 24th on the list and was never flown overseas.

That’s when he was contacted by recruiters to come practice in Creighton.

“They invited us to look at the place, and what I wanted was a place that I could do a practice,” Laflan said. “I came here, and my intention was to practice for three or four years and then go back into a surgery residency. Well, marriages and mortgages; so I just stayed here, and I’ve been here since.”

One of the most interesting parts of his work, Laflan said, is the ability to see medicine evolve firsthand.

About halfway through his residency at Methodist Hospital in the late 1960s, nearby Clarkson College obtained a computed tomography (CT) scanner, which hadn’t become widespread yet in medicine. That scanner could be used only for heads, not the rest of the body.

“And that was much bigger because there was no radiation involved in that. MRIs are probably the best test there is now,” he said.

Drugs also have evolved immensely, Laflan said. In the 1970s, there was a limited number of cholesterol-lowering pills, but there at least a dozen now, he said.

A common treatment for ulcers in the early years was “milk and Maalox.” Patients would take milk every hour and Maalox every half-hour to neutralize acid. Ulcers almost always had to be operated on to repair back then, he said, but now, operation is almost never necessary.

Laflan Medical Clinic has overcome its share of hassles through the years, including flooding that once destroyed all the clinic’s medical records in the basement and “irreconcilable differences” with the local hospital. But the COVID-19 outbreak takes the cake for Laflan.

“You see a lot in 50 years, but there really wasn’t anything like it,” he said of COVID. “The constant change keeps you on your toes.”

Before the virus outbreak, Laflan said, the clinic saw about 25 to 30 patients every day, but that number dipped to 10 or fewer when the outbreak reached its heights. But patients are slowly starting to come to the clinic at a more rapid rate again; the Laflans have tended to 10 to 15 patients per day over the summer, he said.

Laflan said he is proud of how he and Lindsay have navigated the pandemic. But what Laflan is most proud of in life, he said, are his four daughters — for both who they are and the careers they’ve built for themselves.

Laflan and his wife, Cathy, raised four girls who all also have chased medical careers. Lindsay serves as a nurse practitioner at Laflan Medical Clinic; Alison is a hospitalist; Rebecca is a physical therapist; and Jennifer is a nurse practitioner. Each of Laflan’s daughters practice at different eastern Nebraska locations.

“In our family we have lots of degrees but not a whole lot of money. But I don’t regret one bit of it,” he said.

No immediate plans to retire exist for Laflan, he said, as he was reappointed last fall as an aviation examiner through September 2023 and wants to continue practicing at least through then, he said. His plans are to eventually turn Laflan Medical over to Lindsay.

He said once his aviation examination certification expires, he’ll have to make the decision of whether he wants to continue full-time work at the clinic or only continue pilot examinations.

“As long as I’m in good health, I think I’m capable of continuing doing what I’m doing,” Laflan said.

Sat Sep 4 , 2021
A dentist in Massachusetts has employed a unique marketing tactic involving Super Smash Bros. Ultimate: If you’re able to beat the dentist in a match, you get a free teeth cleaning. The dentist, Dr. Shah, shared a video this past week that explained the challenge and outlined the rules for […] 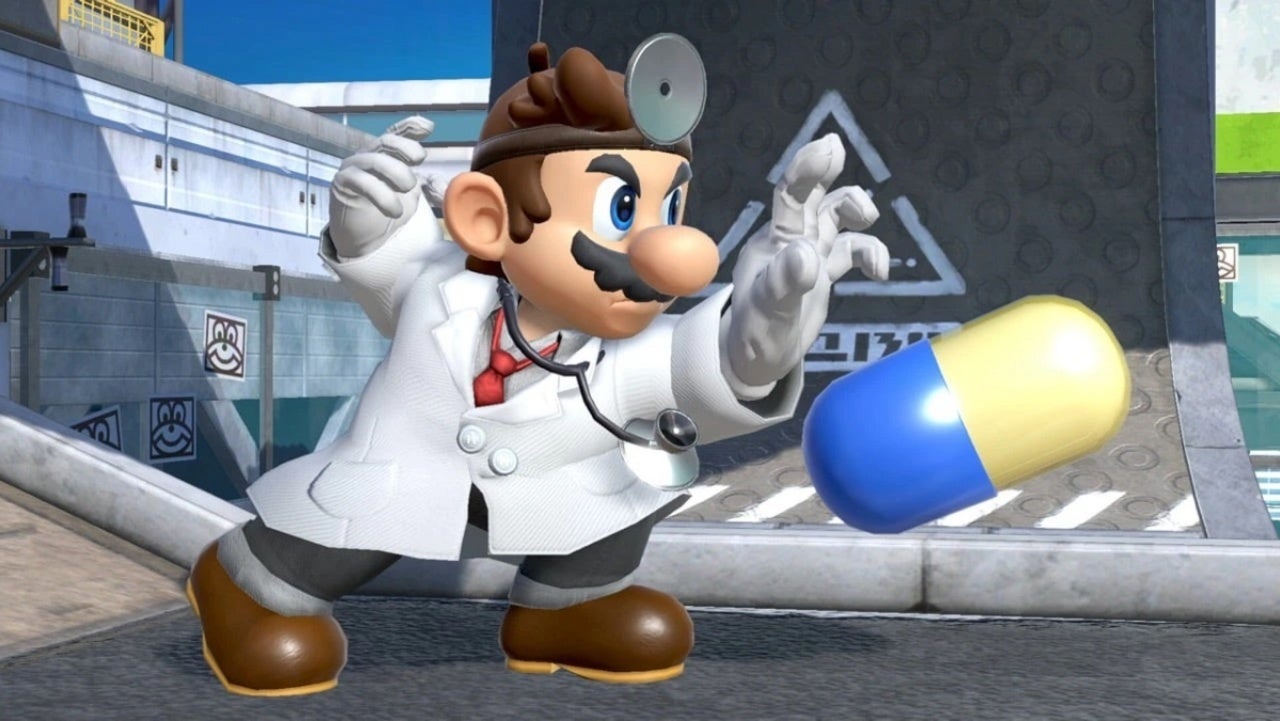