Hempfield Area voters will determine the fate of five candidates seeking four school board seats in next month’s election.

The pool is made up of three incumbents, all of whom are cross-filed with both parties, and two newcomers.

“I’m excited for the people that are on the board,” said newcomer Jerry Radebaugh, 43, who filed as a Republican. “I’ve had some great conversations with them already. Not trying to put the cart before the horse, but (I’m) ready to get involved and get started quickly.”

If elected, Radebaugh said he hopes to avoid raising property taxes while ensuring infrastructure is in place for students and teachers.

A feasibility study is underway that will look into the possibility of renovating or rebuilding the high school. The decision will be based on other projects needed at district buildings in coming years.

Radebaugh, director of purchasing for Westmoreland County, said another goal is to ensure students can go to class in person. The district, he said, did not have the technology in place for online learning when the covid-19 pandemic forced students to learn online in early 2020.

“I think that we’re getting better, but it’s still not going to replace in-school learning, in-school social activities, things like that,” Radebaugh said.

Dana Smith, a retired Army lieutenant colonel who filed as a Democrat, also stressed fiscal discipline and school infrastructure as the population in certain communities and overall in the county continues to decline. The 48-year-old engineering manager and member of the Hempfield Planning Commission also prioritized student success.

If elected, Smith hopes to focus on workforce development programs, apprenticeships and trade schools to ensure that each student is set up for success whether they are college bound or not.

“Obviously, everybody has that intention but what everybody focuses on is we have to get you to college,” he said. “That’s not the right answer for everybody.”

Part of that, he said, is engaging students before they reach high school.

“I think this is kind of one of those situations where you have a choice,” he said. “You can either sit back and hope and wait for somebody to come along and help fix things or you can take charge. … I’m not the kind of person that’s going to sit back and hope that somebody’s going to take care of it.”

For most of his four-plus years on the board, Scott Learn has prioritized the relationship between Hempfield Area and the Central Westmoreland Career and Technology Center. Learn, 53, a general dentist in Latrobe, has been a Hempfield representative at the New Stanton-based tech school during his time on the board.

“I think we’re growing leaps and bounds and we’re doing great things down there. … It’s really nice to be apart of that at this point because it’s so necessary,” said Learn, the board’s vice chair.

Learn said he also hopes to put the district in a better position by prioritizing education and ensuring that students have the best experience possible throughout the school year.

“If we fail to do that, I feel we’re doing a disservice to the community,” he said.

Diane Ciabattoni, who was recently celebrated by the Pennsylvania School Boards Association for serving 28 years on the board, said that if she wins reelection she also wants to focus on improving the district. Ciabattoni, 74, said she would like to bring foreign languages back into the elementary schools, if possible.

“We keep moving ahead and I’d like to keep that,” she said.

Ciabattoni, assistant to the library director at Greensburg Hempfield Area Library, said any accomplishments made during her time on the board were due to team efforts.

“I don’t see that I’ve made any great accomplishments because I’m part of a team and that team has done a lot of good,” she said. “We’ve got the schools, we’ve got an excellent administration, we have great teachers. I have not accomplished any wonderful thing, but the school district has … and I’m part of that team.”

Paul Ward, 55, an attorney for Kennametal, is in his sixth year on the board after being reelected in 2019 for a two-year seat. He applauded the board and administration that is in place and said he hopes to continue working with that team.

He also hopes to help make decisions whether to renovate or rebuild the high school because “that’s going to impact the district for years to come.”

Megan Tomasic is a Tribune-Review staff writer. You can contact Megan at 724-850-1203, [email protected] or via Twitter .

People Are Calling Out Scams That Are So Normalized You Don't Even Notice Them, And There Are No Lies Detected

Mon Oct 25 , 2021
This week, Reddit user u/ihatenuts69 posed the question, “What scam is so normalized that people don’t even notice?” CBC The thread quickly went viral with over 23,000 comments! Here are some of the top-voted responses: 1.“‘Service fees’ are just an artificial way to pretend prices are lower than they really […] 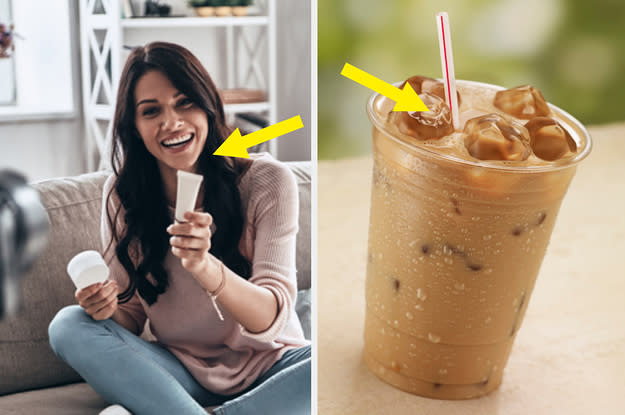