Goodreads members have spoken. After 4.7 million votes tallied, they have announced their winning reads of 2021. The best fiction award winner is Sally Rooney’s “Beautiful World, Where Are You.” The novel is a coming-of-age story about four young adults and the life that’s catching up with them. According to […]

Goodreads members have spoken. After 4.7 million votes tallied, they have announced their winning reads of 2021.

The best fiction award winner is Sally Rooney’s “Beautiful World, Where Are You.” The novel is a coming-of-age story about four young adults and the life that’s catching up with them. According to USA TODAY’s ★★★★ (out of four) review, “Beautiful World, Where Are You” is “an intimate and piercingly smart story about sex and friendship that finds the profound in the everyday.”

Divided into 17 categories, the titles were chosen among books published between November 18, 2020 and November 16, 2021. All nominees had to have a rating of 3.5 out 5 or higher. All but two titles are USA TODAY Bestsellers.

And without further ado, the winners are:

“Beautiful World, Where Are You,” by Sally Rooney

According to Goodreads: “Irish author Sally Rooney wins this year’s best fiction award for her celebrated novel on the complexities of romance, sex, and friendship on our swiftly tilting planet. A kind of deep-focus love quadrangle story, the book clearly hit a nerve for readers. This is the second GCA nomination for Rooney—she came in second for her 2018 novel, ‘Normal People.'”

More: ‘Beautiful World, Where Are You’: Sally Rooney finds meaning in sex, friendship as the world burns

“The Last Thing He Told Me,” by Laura Dave

According to Goodreads: “A mother and her stepdaughter try to unwind a lethally knotted secret. When Owen Michaels died, he left his new wife, Hannah, a single cryptic message: Protect her. The note clearly refers to Bailey, Owen’s 16-year-old daughter. But why? The U.S. Marshals want to know, too.”

According to Goodreads: “It’s August 1983, and the Riva clan’s legendary end-of-summer party in Malibu is quickly going off the rails. Reid’s jagged ode to the 1980s explores the combustible nature of family secrets, severe heartbreak, and Too Much Alcohol. Reid has a way with recent history. She won the Historical Fiction category in 2019 for her 1970s pop parable, ‘Daisy Jones & the Six.'”

According to Goodreads: “Prolific author Maas notches her sixth GCA prize with this fourth installment in the insanely popular series ‘A Court of Thorns and Roses.’ Maas’ imaginative world-building is something to behold—a kind of fractal blossoming of fantasy, romance, and adventure in the realms of the fae. Bonus trivia: The series has been officially optioned for adaptation on the streaming platform Hulu.”

“People We Meet on Vacation,” by Emily Henry

According to Goodreads: “Poppy and Alex have been best friends since forever, and each year they take a vacation together—a glorious, uncomplicated summer holiday. Except that last year it got complicated, and this year it’s weirdsies for all. Henry takes home this year’s Best Romance for her insightful investigation into that unknowable gray area between friendship and true love.”

According to Goodreads: “Engineer-turned-novelist Weir is on a crazy run. Best career switch ever? ‘Project Hail Mary’—concerning a resourceful astronaut and an extinction-level event—is Weir’s third nomination…and his third win. As with his previous books ‘The Martian’ and ‘Artemis,’ ‘Project Hail Mary’ is final evidence that old-school hard science fiction is back. Quantum physics! Chemistry! Exobiology! Aerodynamics! It actually is rocket science.”

According to Goodreads: “Hendrix has carved out his own unique domain in horror by playing around with the genre’s blurry edges and recurring tropes. His latest novel—and winner of this year’s Best Horror award—considers the scary movie concept of the final girl, the one victim who fights back, defeats the killer, and lives to see another day. Hendrix’s open question: What if some of these women got together?”

“Broken (In the Best Possible Way),” by Jenny Lawson

According to Goodreads: “Impossibly funny and beautifully empathetic, Lawson’s writing works like medicine. It makes you feel better. With ‘Broken,’ Lawson brings her delightful style of deliberate lateral thinking to a new batch of topics: marriage, lizards, dentists, experimental transcranial magnetic stimulation—you know, that sort of thing. A case can be made that ‘Broken’ is, quite literally, the feel-good book of the year.”

“The Anthropocene Reviewed,” by John Green

According to Goodreads: “Adapted from his acclaimed podcast series, Green’s uniquely structured collection of essays combines history, science, and memoir to create a new kind of nonfiction approach—brainy and compelling. His topic? Our very own geological era, the Anthropocene, in which human activity has been the dominant influence on the planetary environment. This is Green’s second GCA win, his first was in 2012 for ‘The Fault in Our Stars.'”

According to Goodreads: “If it feels like this one was on display at every bookstore in 2021, that’s because it pretty much was. Korean American author-musician Zauner—she of the indie rock initiative Japanese Breakfast—was one of publishing’s biggest success stories this year. Her deeply felt memoir addresses love and loss, art and music, and the abiding weirdness of growing up in the 21st century.”

“Empire of Pain: The Secret History of the Sackler Dynasty,” by Patrick Radden Keefe

According to Goodreads: “‘Empire of Pain’ is an exhaustively researched profile of the Sackler family, the aristocratic American clan that made its fortune making and marketing the painkiller OxyContin. Keefe is a master of the kind of narrative reporting style that brings novelistic intensity to rigorous nonfiction reporting. Keefe was also nominated for a GCA for his 2018 book, ‘Say Nothing.'”

According to Goodreads: “The Greek gods are a famously rowdy pantheon, vulnerable to the same faults and foibles that plague us mortals. Smythe’s groundbreaking series ‘Lore Olympus’ chronicles the forbidden romance between Hades and Persephone, but with a compelling contemporary approach and richly detailed artwork. The Volume One compilation collects episodes 1 through 25 of the original online comic series. This is Smythe’s first nomination and her first GCA win.”

“The Hill We Climb: An Inaugural Poem for the Country,” by Amanda Gorman

According to Goodreads: “Gorman, the first person to be named National Youth Poet Laureate, earned worldwide acclaim when she delivered her poem ‘The Hill We Climb’ at President Biden’s inauguration. It’s not easy to upstage a president, but she managed it. ‘The Hill We Climb: An Inaugural Poem for the Country’ features the full text of Gorman’s composition, along with a foreword from Oprah Winfrey.”

More: Amanda Gorman ‘humbled and honored’ to debut at No. 1 on USA TODAY’s bestseller list, a poetry first

According to Goodreads: “Spanish author Armas brings several new twists to a classic rom-com setup with this debut novel, which has already won a devoted following in the Goodreads community. Catalina Martin is taking her new American boyfriend to her sister’s wedding in a small Spanish town. Aaron Blackford is tall, handsome, and supremely aggravating. Alas, he’s not actually Catalina’s boyfriend. This is Armas’ first GCA win, naturally.”

According to Goodreads: “Winner of this year’s award for Young Adult Fiction, Firekeeper’s Daughter introduces a compelling new heroine to the YA scene. As a biracial and unenrolled tribal member, 18-year-old Daunis Fontaine feels like an outsider both on and off the local Ojibwe reservation. But she soon finds a higher purpose when she witnesses a terrible murder—and decides to go undercover with her own investigation.”

According to Goodreads: “Perennial contender Bardugo earns her second GCA win with ‘Rule of Wolves,’ the concluding book in her ‘King of Scars’ duology, set in the innovative and sprawling Grishaverse. Bardugo’s nuanced stories and elaborate world-building continue to break new ground in YA fantasy, and she’s expanding the empire, too: Netflix’s ‘Shadow and Bone’ series is likely the first of many TV and film adaptations.”

“Daughter of the Deep,” by Rick Riordan

According to Goodreads: “Riordan continues his historical GCA winning streak with ‘Daughter of the Deep,’ the story of budding underwater explorer Ana Dakkar and a school field trip gone seriously awry. Bonus trivia: This is Riordan’s 11th consecutive victory in this category. Bonus trivia: ‘Daughter of the Deep’ is a tribute to Jules Verne’s 19th-century classic ‘Twenty Thousand Leagues Under the Sea.'”

Coronavirus daily news updates, December 8: What to know today about COVID-19 in the Seattle area, Washington state and the world

Thu Dec 9 , 2021
Editor’s note: This is a live account of COVID-19 updates from Wednesday, December 8, as the day unfolded. It is no longer being updated. Click here to see all the most recent news about the pandemic, and click here to find additional resources. A Canadian drugmaker will be seeking approval from health regulators for its […] 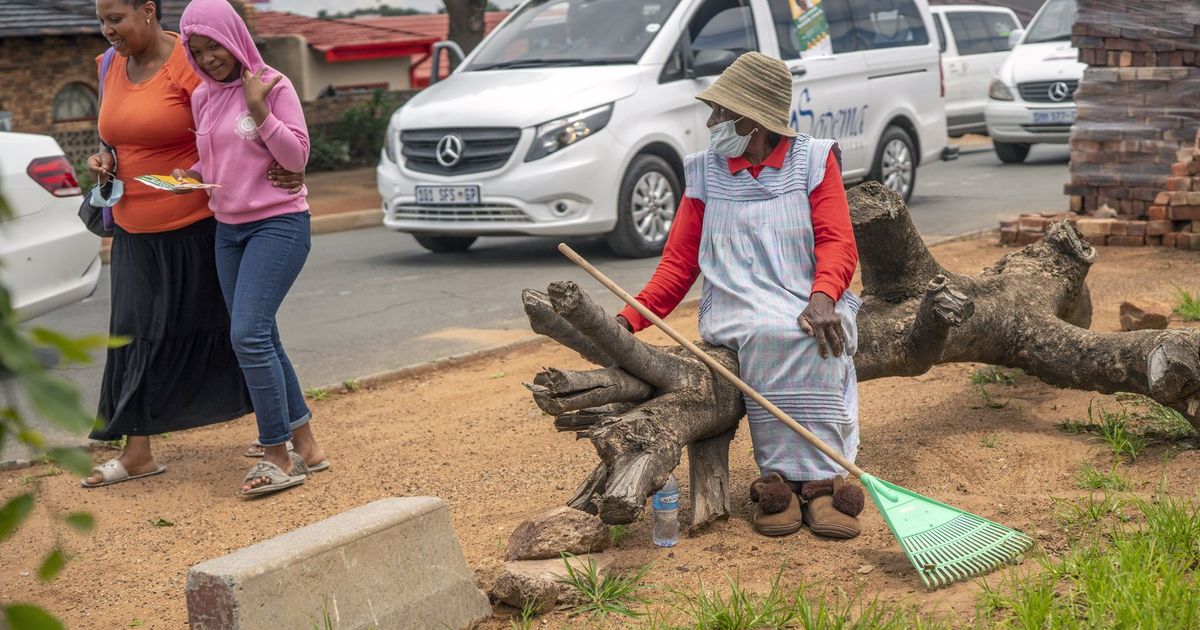