Who will be among the important local leaders in the Tampa Bay area in 2021? Only the future knows, but here are a few names to keep your eye on in the coming year.

Michele Rayner-Goolsby. She’s the first openly queer Black woman to serve in the Florida Legislature, winning last year’s House race in District 70 which includes parts of Pinellas, Manatee, Hillsborough and Sarasota counties. She’s a civil rights attorney, who represented the family of Markeis McGlockton, a 28-year-old Black man fatally shot at a Pinellas convenience store in 2018 in a controversial stand your ground case. She’s also a well-known activist, who has pushed for reforms in criminal justice, affordable housing and health care, among other areas. She’s smart, affable and has a realistic outlook on what she can get done as a first-term Democrat in a Republican-dominated Legislature. Her star is bright. We’ll see how effectively she takes on this new challenge.

Bonnie Wise. Bonnie Wise enters her first full year as Hillsborough County’s new county administrator, though she hardly needs much on-the-job training. Wise was selected in May to succeed longtime administrator Mike Merrill, who over a 30-year career at County Center was widely lauded for his budgeting skills and the professional demeanor he brought to the political arena. Wise in many ways is expertly suited to guide the recovery from a pandemic that few could foresee. She joined the county in 2011 after serving for eight years as chief financial officer for the city of Tampa, becoming an assistant county administrator and key member of the executive team. Her experience in the public and private sectors girds her for the job ahead as states and local governments work to rebuild the tax base from the devastating effect of pandemic-related closings.

Nichole Mattheus and Michelle Birnbaum. The two Pinellas women are part of the engine behind a grassroots movement to save the 44-acre Gladys Douglas property near Dunedin. They and others have encouraged local government to buy the virgin land instead of letting it be developed. They helped organize a Facebook page and sign-waving campaigns that brought a much-needed spotlight to save one of the few remaining privately owned and largely untouched tracts of its size in Pinellas County. The road has been bumpy, for sure, but they are getting closer to their goal. The estate for late philanthropist Gladys Douglas recently rejected an $8 million offer from the City of Dunedin and Pinellas County, countering with a $10 million price tag. That’s a significant price gap, but it’s not insurmountable.

Dr. Patrick Hwu. When the new president and CEO of the Moffitt Cancer Center speaks about curing cancer, his enthusiasm and obvious expertise make it sound like it just might happen. He’s clear-eyed about the challenges, but sees so much potential in new treatments and ongoing research. Hwu, who took over in November, came from the MD Anderson Cancer Center at the University of Texas, the nation’s top cancer hospital, where he was head of cancer medicine. He arrived about eight months after former Moffitt CEO Dr. Alan List and five others at the hospital resigned amid a controversy that linked them to possible exploitation of American-funded research by China. So Hwu’s challenges include putting that embarrassing controversy in the rearview mirror and ensuring nothing like it happens again.

Addison Davis. Few area officials had a more tumultuous year than Hillsborough schools superintendent Addison Davis. Hired by acclaim last January to lead the nation’s seventh-largest school district, Davis soon was facing the twin challenges of managing the coronavirus pandemic, as the schools worked to make the campuses safe for in-classroom instruction while providing students and their families the option of online learning. The pandemic has cost Hillsborough valuable time in addressing its lagging schools and chronically low reading scores. And now Davis is facing a backlash for a series of austerity steps he took to get the budget in line. Three of the seven board members who hired him are gone, with two ousted in elections in November. In many ways, 2021 will be another debut year.

Steve Currall. The University of South Florida president, who took office in 2019, has some unfinished business from his first full year in 2020. The consolidation of USF campuses in Tampa, St. Petersburg and Sarasota-Manatee under a single accreditation has not progressed as smoothly as many state lawmakers and local boosters had expected, leaving Currall with more work to do to reassure Pinellas leaders especially that the St. Petersburg campus will not become lost in the shuffle. The university is also looking to cut millions from the budget over the next two years as a result of declining tax and lottery revenues caused by the coronavirus pandemic. Currall must repair local bridges after the university bungled the announcement that USF would close its undergraduate College of Education program, and then reversed its decision a few days ago. He also has undertaken several initiatives to address race and gender equity issues. Currall has a busy year on several major fronts.

Adelee Le Grand. The new chief executive of the Hillsborough Area Regional Transit Authority faces an immediate challenge. If the Florida Supreme Court upholds Hillsborough’s one-cent transportation surtax, which voters approved in 2018, Le Grand will need to ramp up one of the most transit-starved metro areas in the country. If the court strikes down the tax, she will be at the forefront of another high-stakes referendum. Hillsborough has struggled for years with billions of dollars in unmet transportation needs, and the county’s political, business and civic establishment has finally coalesced around a forward-looking vision that better serves the entire region. Le Grand’s transit experience, and communication skills, will play a big factor in making this happen.

Artis Stevens. The new CEO of Big Brothers Big Sisters officially takes over from Pam Iorio later this month, when he will become the 116-year-old organization’s first Black leader. Stevens inherits an organization with more stable finances and staffing, thanks to Iorio’s efforts since taking the top job in 2014. He wants to carry on with that progress and plans to focus on ways to gain more support for the organization so it reaches more children, including increasing funding and attracting more volunteers. Iorio, a former two-term Tampa mayor, convinced the organization to move its headquarters from Dallas to Tampa in 2015.

Sara Mollo and Bruce Bartlett. The top public defender and prosecutor in the Pinellas-Pasco circuit came to office this week under very different circumstances, and they play very different roles in the state’s criminal justice system. But Sara Mollo, who was elected to a four-year term as public defender, and Bruce Bartlett, who was appointed acting state attorney after the unexpected death last week of his former boss, Bernie McCabe, face many of the same immediate challenges. The first is managing the circuit’s criminal caseload amid the pandemic. But the two will be major players locally in the nationwide debate over reforming the criminal justice system. As is the case in Hillsborough, police and prosecutors, defense attorneys and activists all see an interest in strengthening the social safety net, and addressing mental health, substance abuse and other issues before they spiral into the criminal realm. These are two seasoned professionals who know the courts and the local community and who no doubt will make their voices heard.

Editorials are the institutional voice of the Tampa Bay Times. The members of the Editorial Board are Times Chairman and CEO Paul Tash, Editor of Editorials Graham Brink, and editorial writers Elizabeth Djinis, John Hill and Jim Verhulst. Follow @TBTimes_Opinion on Twitter for more opinion news

4 Ways Your Company Can Have Great Success In 2021

Sun Jan 10 , 2021
Work team having a meeting. getty 2020 was a tough year for businesses of all sorts. Covid-19 decimated labor markets, stressed supply lines and, in some unlucky sectors, ground production to a halt. 2021 is a chance to forget last year’s trials and to start fresh. Chances must be capitalized […] 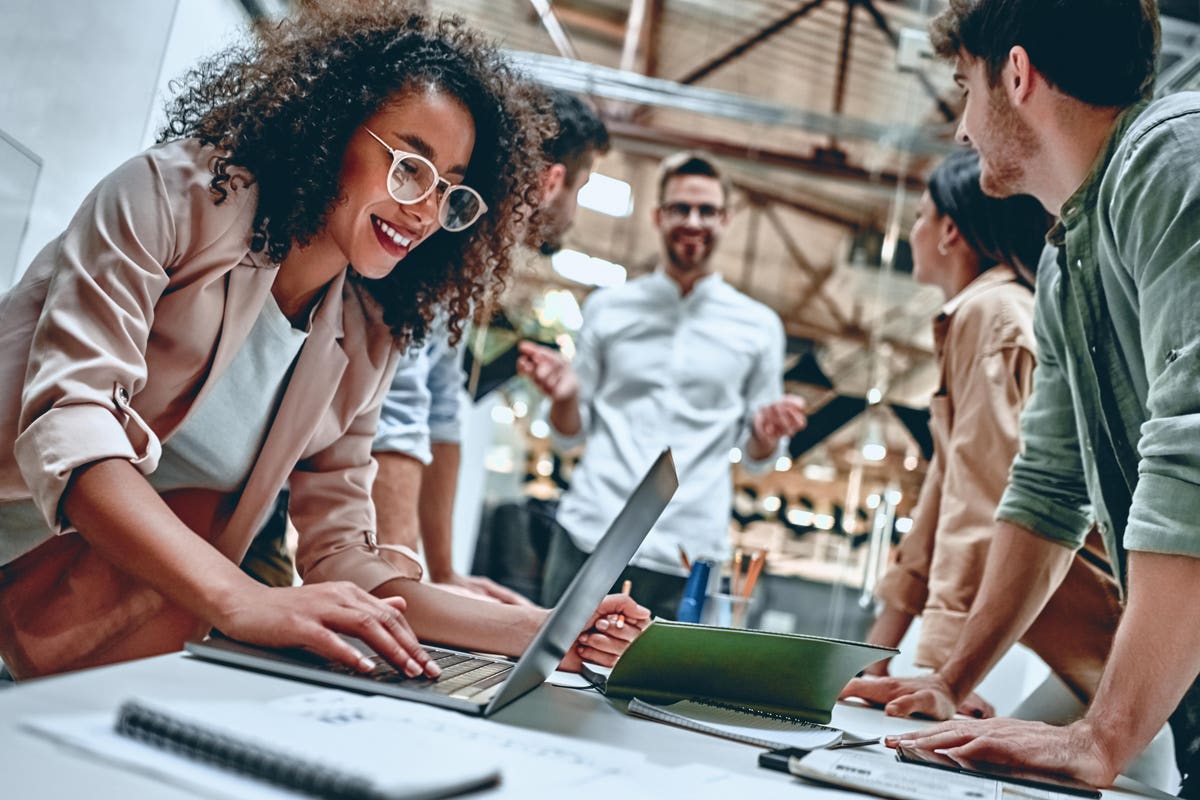